"You're stronger than any of us." 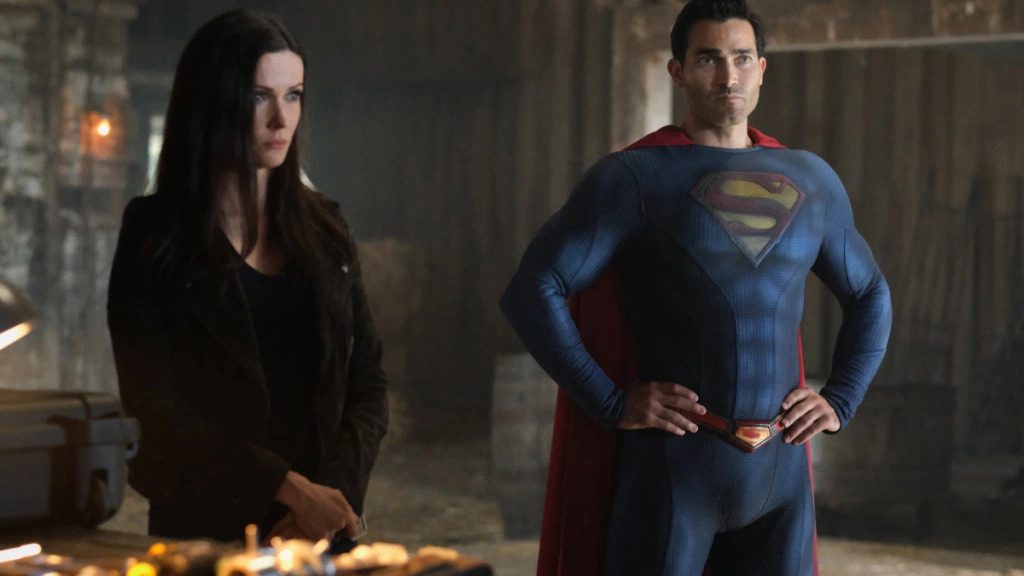 Superman & Lois ends its impressive first season with “Last Sons of Krypton,” a mostly satisfying, though somewhat underwhelming, finale that succeeds more in its character payoffs than its superhero action. It brings the season’s major themes full circle and concludes some of the characters’ journeys in unexpected ways but leaves a couple of others adrift.

Superman searches for Jordan as Zeta-Ro uses him as the vessel for his conquest of Earth. Lois and Jonathan frantically try to bring Jordan back. Steel prepares to help Superman face Morgan Edge for the last time. Lana and Kyle debate whether to flee Smallville or help save it.

Last week’s killer cliffhanger opens “Last Sons of Krypton” on the right note of desperation. Jordan has been kidnapped, Superman can’t find him, and nobody even knows where to look. Immediately, the show has Superman on the defensive, weak because his family is being attacked as opposed to the presence of Kryptonite. It’s a small thing in the grand scheme, something Leslie Larr points out to Lois when she – once again – bullies military personnel into doing what she tells them to do. (Army lady insisting on one minute instead of five doesn’t change the fact that she got muscled by Connie Chung.) Larr has a point; Lois is focusing on one life when her whole species is facing extinction, and that’s a weakness she and her masters don’t share. In that way, Lois is just like Clark. However, Leslie doesn’t know what it means to be a mother, and it’s the humanity that carries with it that will help Lois save her son and the world.

When Superman inevitably finds Jordan, it’s up to Lois and Jonathan to save him from Zeta-Ro’s possession before his consciousness is gone for good. That is what “Last Sons of Krypton” is really about: it’s the personal, the familial – the individual – that is the key to saving mankind. Superman can fight all the epic battles he wants, but if one scared boy isn’t saved, it’s all for nothing. That’s a wonderful message and one worthy of a show about Superman. Every one of us matters on our own, not just as a part of some amorphous collective. And what saves us is not a superhero or the military, but the most basic, fundamental, and personal community of all: family. Lois and Jonathan work together to save Jordan because they (and Clark) love him more than anyone else, and they’re the ones who can convince him that he’s strong enough to vanquish a seemingly insurmountable evil. And, fascinatingly, the two take a page from each other’s books; all season long, Jonathan has been the one pushing Jordan while his parents have been showing him love. This time, it’s Lois who gives him the strength to fight while Jon simply says, “I love you.” Maybe the most beautiful image the show’s had yet is of the brothers slowly flying to the ground as they hug each other, embodying the very best of their parents.

The importance of the individual and the family is felt throughout “Last Sons of Krypton,” and it’s the key to every challenge the main characters face. The Cushings decide to stay in Smallville as a family, and they feed off each other’s strength as they help calm their neighbors. And the moment Smallville rejects its fears and once again embraces them is when Kyle risks his life to save a woman from a fire; by focusing on an individual in need, he changes the whole town.  Superman and Steel defeat Morgan Edge for good when they lean on each other, each using the other’s unique ability as his true weapon. These are two guys who spent the first half of the season kicking the tar out of each other, one facing the man who took everything from him and the other facing the man dedicated to killing him, and it’s their trust and newfound friendship that ends Edge’s reign of terror. Conversely, Edge and Zeta-Ro fail because they abandoned the notions of family and individuality in favor of a collectivist greater good. Edge’s lamentation that he only ever wanted a family drives home how badly he missed the point (albeit egged on by his psychotic father) – he always had one. Clark would have welcomed his brother with open arms, but Edge’s fanaticism and devotion to his race made them enemies. Now, he’s left with nothing. 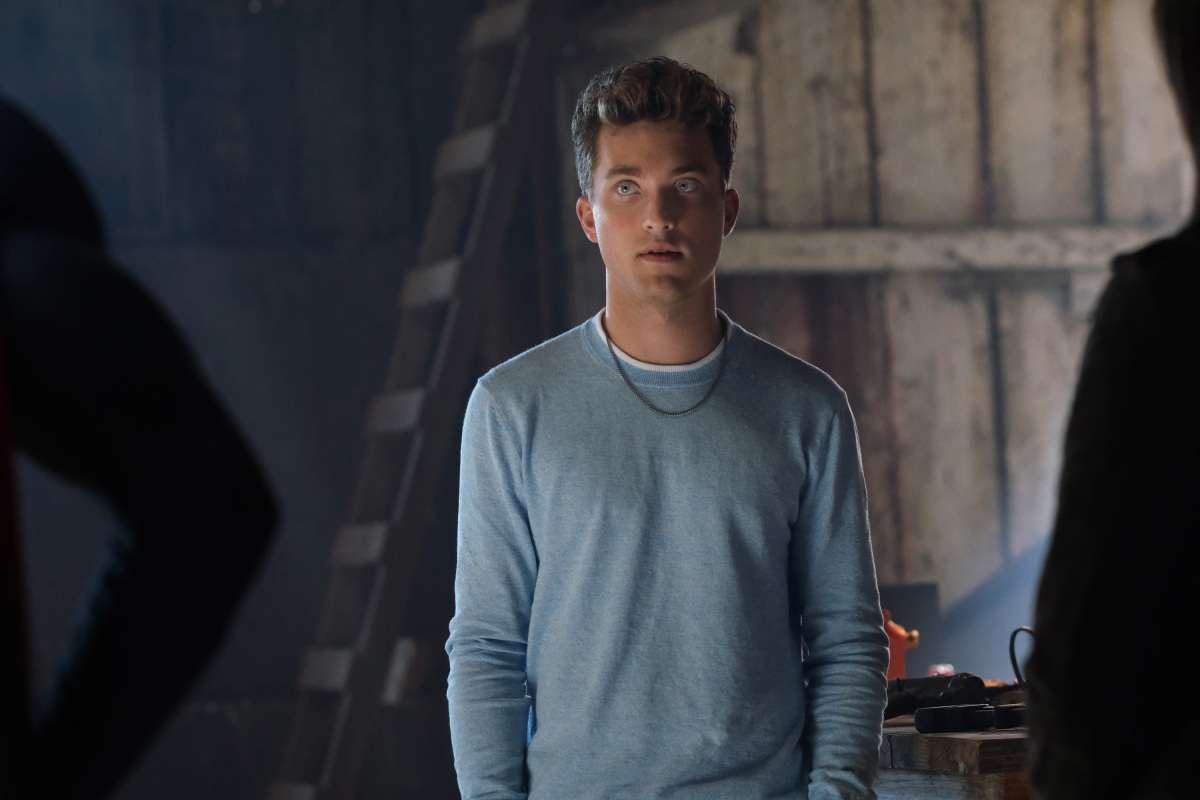 Well, presumably, he’s left with nothing. The major failing of “Last Sons of Krypton” is its lack of a meaningful resolution for its villains. Sure, we know – or can infer – what happens to Edge, Zeta-Ro, and Leslie Larr, but that isn’t the same as getting to see it, especially for characters that have been around for an entire season. In part, this is due to previous episodes being so satisfying. It was fun watching Superman punch out Edge in “Through the Valley of Death,” but in trying not to repeat themselves, the writers closed the door on us watching Clark get one last shot at his nemesis. We don’t even see Edge hauled off to jail, which is what it’s safe to assume happened to him; he’s essentially an afterthought once he’s foiled. The same is true of Zeta-Ro, who is even more evil than Edge and desperately needed a gratifying comeuppance. Again, we pretty much know what happened; once Jordan regained control of his body, Zeta-Ro was no more. But why not do something a little more visually interesting? So much of Jordan’s inner conflict is symbolic; they could have had Jordan physically cast out Zeta-Ro, giving the audience a triumphant trouncing of a very bad guy. Instead, it’s another shrug. Even Leslie Larr gets to be smug in her last scene instead of allowing Lois to shove her defeat in her face. I’m not asking for some big, violent death – it’s Superman – but just something cathartic.

The wrap-up that ends “Last Sons of Krypton” works much better, tying up all the notions of family. Clark, Lois, and the boys are together again, with Sam retiring to focus on them (as opposed to the world; once more, the family over the wider community, the individual over the collective). The Cushings stay in Smallville, their esteem restored. Jordan and Sarah become an official thing, forming another bond based on individuals and, someday, family; elsewhere, Jon takes the first steps to having that with Tegan. Lois becomes a co-owner of the newspaper with Chrissy, keeping a local paper locally owned rather than being swallowed up by some massive corporation. And Clark says goodbye to his Kryptonian past, ensuring in tragedy that he’ll never become like Edge. I was all set for Irons to be the one holdout, the guy joining a collective because family was no longer possible for him; then, just as Superman saved his life, his daughter arrives to save his heart. Bumps and all, it’s a lovely ending to a terrific season. 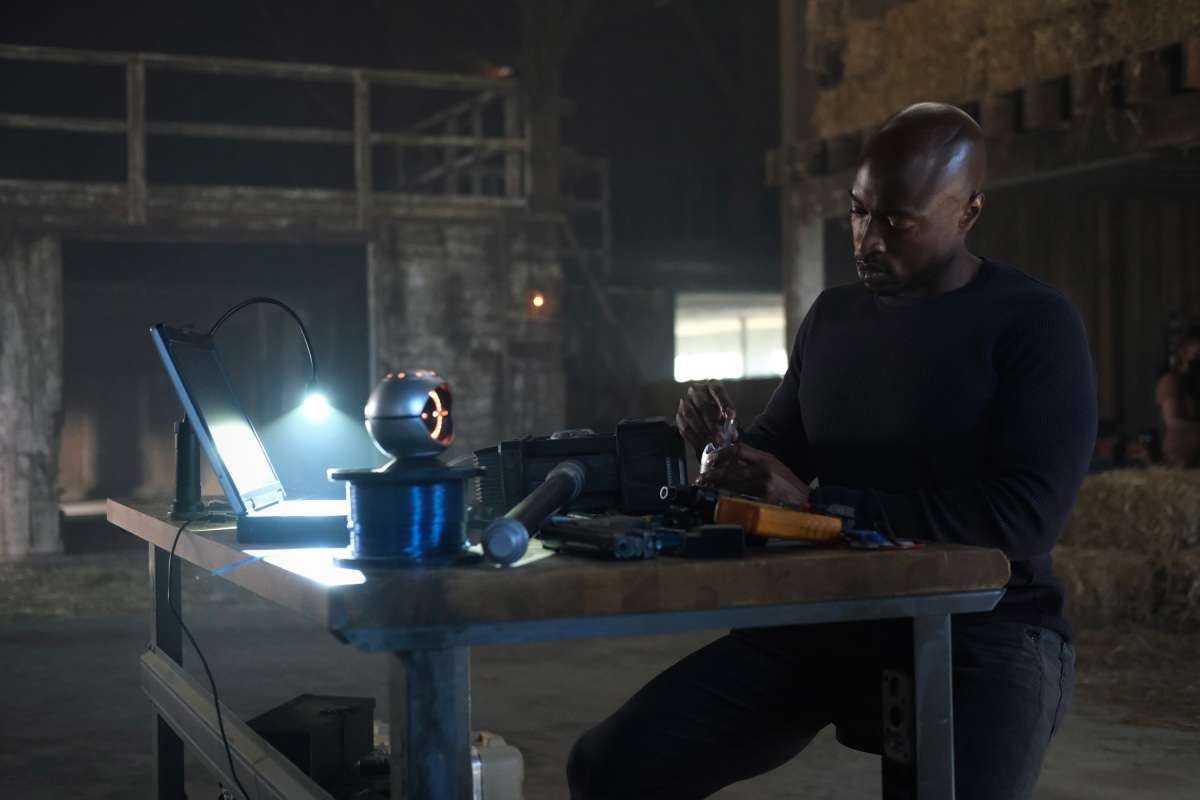 “Last Sons of Krypton” fails to wrap up some of the threads satisfyingly, particularly with the villains, but it’s still a worthy finale that brings home the season’s major themes and leaves the main characters in good places.

“Last Sons of Krypton” fails to wrap up some of the threads satisfyingly, particularly with the villains, but it’s still a worthy finale that brings home the season’s major themes and leaves the main characters in good places.

This is a very good show, which is very surprising for the CW and baring the cringe “black woman” fire fighter scene, this episode was very good.

Yeah, that was a little strange and felt like it was there to be there. I understand they wanted to make the point that other struggling people looked up to him, but how he’s somehow letting down all of black America is a reach.