REVIEW: The Book of Boba Fett – Season 1, Episode 5, “The Return of The Mandalorian” 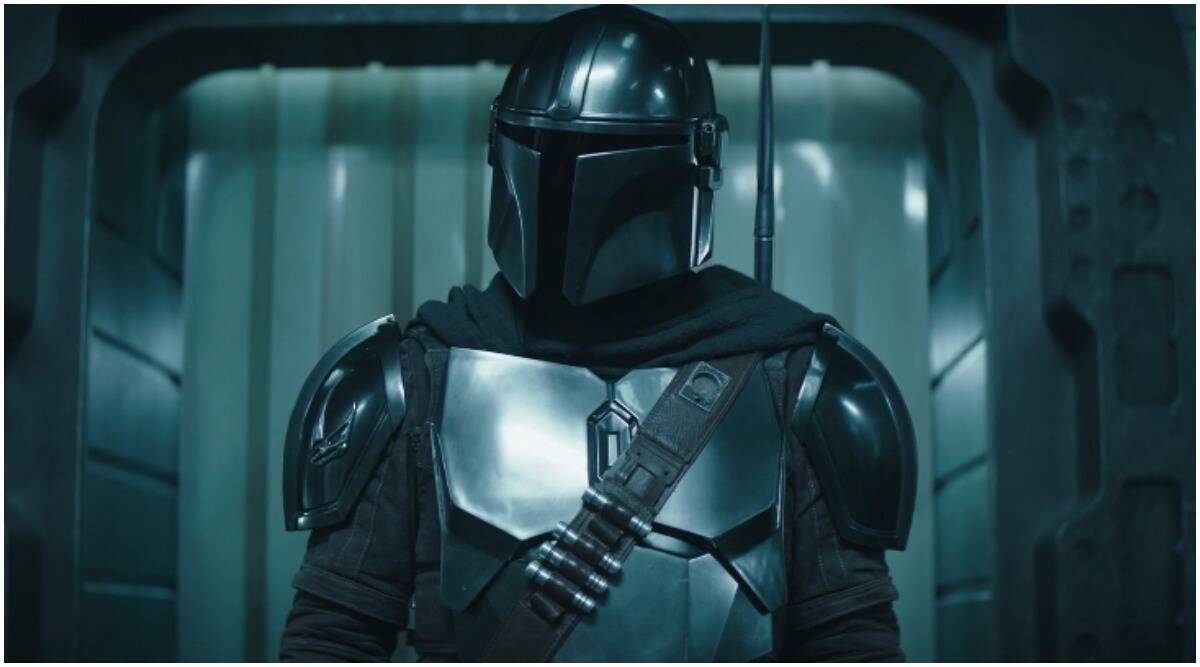 “The Return of the Mandalorian” opens in a neat factory where Din Djarin collects the foreman, who has a bounty on his head. When he turns in the man’s head, he rejects the payment, only accepting information. He finds the Armorer, and she tells him about the Darksaber while Paz Viszla tends his wounds. Mando gives the Armorer his spear to forge into armor and asks what she knows about Bo-Katan Kryze, prompting her to tell the story of The Night of a Thousand Tears. Paz challenges Din for the blade forged by his ancestor, Tarre Viszla. Paz disarms Din but is ultimately defeated. Din can’t swear that he has never removed his helmet, revealing that he has. The Armorer declares him a Mandalorian no more, only to be redeemed by traveling to the waters below Mandalore’s surface. He returns to Mos Eisley, where Pelli claims to have a replacement ship for him. Far from Mando’s Razorcrest, Pelli’s offering is an old Republic ship used by Padme’s guards in the prequels. They rebuild the ship together, and he takes it for a test run. When he returns, Fennec Shand is waiting for him with a job offer.

After last week’s episode, I was unsurprised to see Din Djarin in this week’s cold open. However, I wouldn’t have believed this entire episode would follow him and his story. “The Return of The Mandalorian” is true to its title, feeling more like an episode of that show than The Book of Boba Fett. Structurally, I find it odd to cut away from the main action this close to the season finale in an already brief season. However, this is my favorite episode yet, and I wouldn’t be surprised if that’s a common sentiment. I’m torn between “Was this the best thing for the story?” and “That was awesome!” However, I watch Star Wars to have fun, and I want to enjoy this series. So I’m inclined just to enjoy this interlude and look forward to the re-teaming of Din Djarin and Boba Fett.

The opening scene of “The Return of The Mandalorian” is just spectacular and perfectly sets the tone for the rest of the episode. The fight is exhilarating, and I appreciate that Din doesn’t know how to wield the Darksaber properly. That feels very honest and natural given that, in-story, he hasn’t had it for very long or received any training. I’m not sure I like how the meat factory looks just like a real one, though. This doesn’t break the universe or anything, but I found it distracting in its mundanity. It was pretty cool to hear Mando say a couple of iconic lines from his own series, such as when he tells his bounty, “I can bring you in warm, or I can bring you in cold,” as his hand moves over his pistol. The stuff with the covert Mandalorians is great too, and I’m glad to see the Armorer and Paz are still alive after everything that’s happened. Paz is played by Jon Favreau, who also voiced Pre Viszla in The Clone Wars. I enjoyed the truncated re-telling of Tarre Viszla’s story, the only known Mandalorian Jedi to have ever lived. Nothing can compare to the visuals and narration by Fenn Rau (Kevin McKidd) in Rebels, but this is a nice refresher and fill-in for people who missed that show. “The Return of The Mandalorian” would fit perfectly into The Mandalorian in terms of tone, style, and narrative focus.

This episode also confirms what I only recall being implied before: Din’s sect of Mandalorians originally came from Concordia, one of Mandalore’s two moons. In The Clone Wars, this was the home of Death Watch, the terrorist organization headed by Pre Viszla and Bo-Katan, hence Lady Kryze referring to Din as a “child of the Watch.” The mysterious nature of Mando’s background in season 1 of his show has led to a deepening of ties between these series and the cartoons as the questions are answered. I absolutely love this and am 100% here for it. Star Wars animation (excluding Resistance and Forces of Destiny) is just as vital as the movies (excluding the ones made by Disney) in my eyes. As basic as it is, all this acknowledgment for these shows in the live-action content makes me really happy and excited for the future. 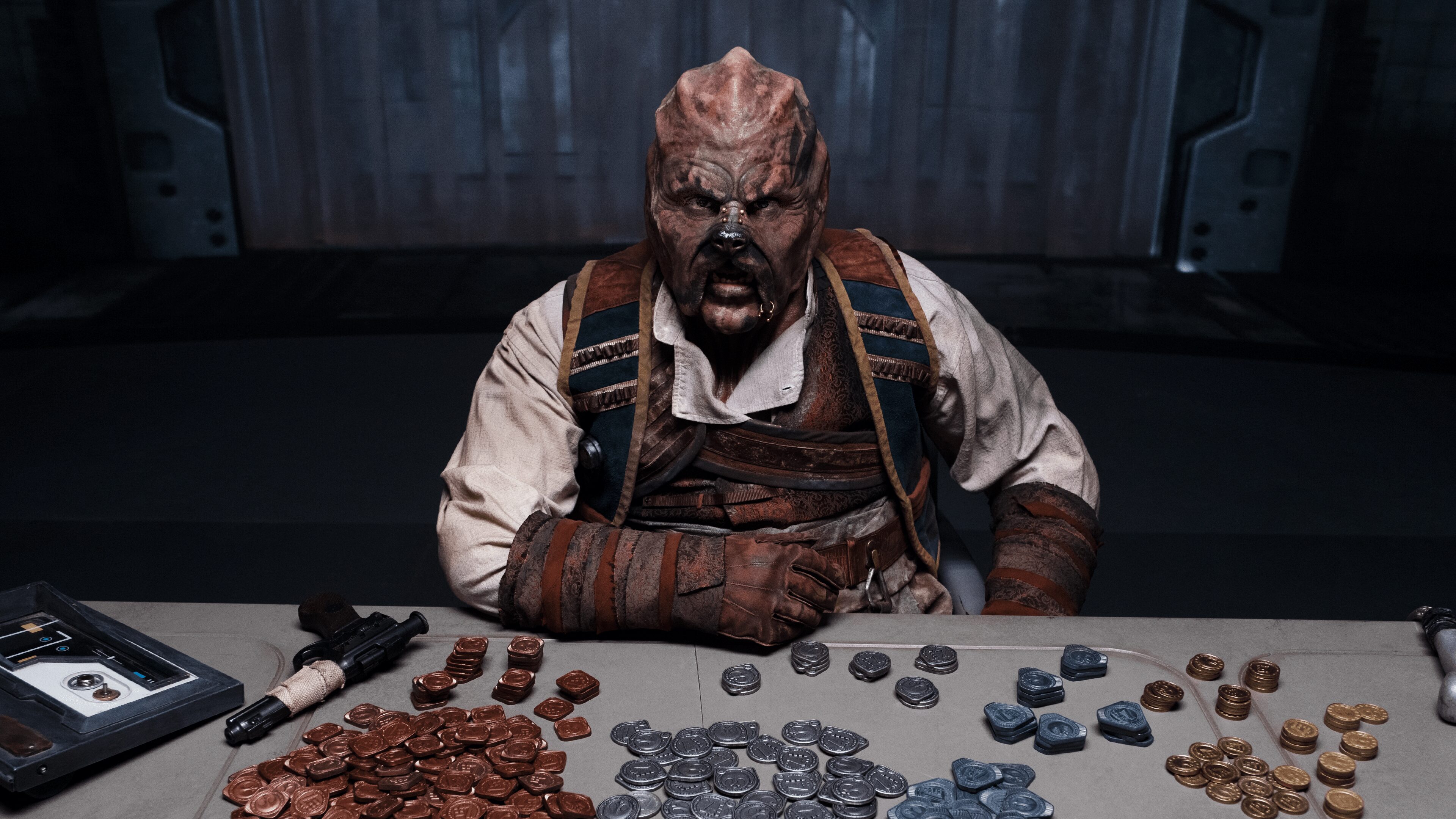 “The Return of The Mandalorian” is directed by Bryce Dallas Howard, who previously directed two episodes of The Mandalorian, “Sanctuary” and “The Heiress.” This was an excellent choice, and no doubt contributes to the feel of this episode. “The Return of The Mandalorian” is beautifully filmed, particularly the action and the shots of the space station where Din turns in his bounty and finds the Armorer. This is just a stunning view expertly guided by a passionate filmmaker. At least where Star Wars is concerned, Howard has outdone her father’s lame effort in Solo in my book. The music is very strong in this episode, particularly during the aforementioned space station scene. I also liked it a lot near the front end of the episode when Din’s theme sort of melds with Boba’s; this was very cool. The acting is very good in this episode, compared to previous episodes of Boba Fett, where the performances of side characters left something to be desired. Pelli Moto (Amy Sedaris) returns here, and she’s fine. I like Amy Sedaris, but this character doesn’t do much for me.

“The Return of The Mandalorian” also sets up a possible return for Grogu, AKA Baby Yoda. The Armorer chastizes Din for carrying a beskar spear, specifically because, by design, it could penetrate beskar armor, the only thing the steel should be used for, according to her. He gives her the spear and instructs her to make something for Grogu, and the cloth she wraps it in reminds me of his head and ears. This was probably intentional, especially since later he looks at it longingly, like he’s thinking about the little guy. I’ve been enjoying this season well enough, better than most people I’ve talked to are. But this is the most emotion it’s made me feel yet by a landslide. At the very end of the episode, when Fennec recruits Din for the coming syndicate war, he says he has to make a visit first. I assumed we’d be seeing Grogu again, and probably Luke Skywalker too. The reaction a certain scene got speaks for itself. But I’m surprised and delighted to find that it’ll likely be happening so soon.

Overall, and perhaps ironically, “The Return of The Mandalorian” is The Book of Boba Fett’s most exciting, satisfying chapter yet. The return of a beloved character, a fascinating mythology carried over from the EU and the cartoons, and a darn good story make for a great time.

The Book of Boba Fett – "The Return of The Mandalorian"

"The Return of The Mandalorian" is The Book of Boba Fett’s most exciting, satisfying chapter yet. The return of a beloved character, a fascinating mythology carried over from the EU and the cartoons, and a darn good story make for a great time.

While I can understand why people liked this episode, I’ve got to say I wasn’t a fan of it, and here’s why:

The episode was nostalgia baiting, little more.  While some of the elements of the story were unique and held my interest (like the Dark Saber story arc), but they would happen at the same time as lame ones (like spending the first part of the show on a Halo Ring… would have been better if it were a shipyard).  The first world was new, but didn’t fit the world of Star Wars, and the meat-processing plant was a bit too odd, especially since they likely wouldn’t be raising livestock on such a world.  Then we’re presented a strange scene of seeing Mando’s clients at dinner, a sequence that could have been cut and we would have lost nothing.  As for the second half of the show, we’re presented a strange scene of restoring a Naboo fighter.  While visually appealing, the whole sequence didn’t move the story very far, yet it was packed full of callbacks, the same thing Disney has been doing for this whole decade!  Sure, it was a callback to the prequels which was nice, but not for the amount they did.  The reason for all these things is simple: Disney still doesn’t know how the Universe of Star Wars works because they’re not fans. In many ways, this was similar to Luke’s cameo in the Mandalorian Season 2, it’s merely fan-service and breaks from lore a bit too far.  Here’s a better approach to this episode:

Mando is still working jobs as a Bounty Hunter, but he’s having trouble focusing.  He nearly gets killed because of it, and realizes he has a weakness with the Dark Saber.  The weapon reminds him of Grogu and of the Jedi that took him away, but there’s something else.  He goes to the Armorer and and learns the saber is connected to the Force.  He’s unable to use it as he currently is, so he needs to find a teacher for how to use the blade.  But such training will need to wait, as he gets word that a craft has been found to replace his lost Razor Crest.  Mando uses the money from his last job to pay for a flight to Tatooine, but upon getting his ticket he realizes he’s short on the payment by a fair amount.  The Bounty Hunter has a bad feeling that something is coming for him, so he doesn’t have time for another job.  He must sell one of his weapons if he’s to get off-world soon, so he’s left with the tough choice of following his Order, or making a sacrifice.  For a moment, he considers selling the Dark Saber, after all, using it could get him killed.  Instead, he sells the Whistling Birds to a figure who will come back to haunt him later.  Upon reaching Tatooine, he learns the craft is out of his price-range.  He’s going to need a large payment for the craft, but Tatooine’s not going to pay him enough for any job that would even come close to the cost of the spacecraft.  It is at that moment he learns Boba Fett is looking for “Muscle.”  He goes to the ex-Mandalorian, whom the Armorer has told him to never see again for betraying their order.  And as he meets with his new employer, Mando gets the feeling he’s slowly becoming like Fett.  And like Fett, he will undoubtedly be cast out of the Order.

While this episode was nice, it felt like a bandage on a failing series.  They’ve lost the original trilogy fans, now they’re looking to do the same thing with the prequel trilogy fans.  This is partially why these series feel like they’re completely different from each other, even episode to episode.  It’s like Disney has a collection of episodes on a scale from Nostalgia-t0-Woke, switching between them based upon what fans say week to week.  In the end, it’s the same tactic, and it will only become more realized as the series goes forward.  If you want to see more of these “Re-Writes,” I’m going to be making more of them in the near future.  Here’s one for the end of the Mandalorian Season 1:

https://www.geeksandgamers.com/topic/fixing-the-mandalorian/
(this was copied from my comment on another forum page)