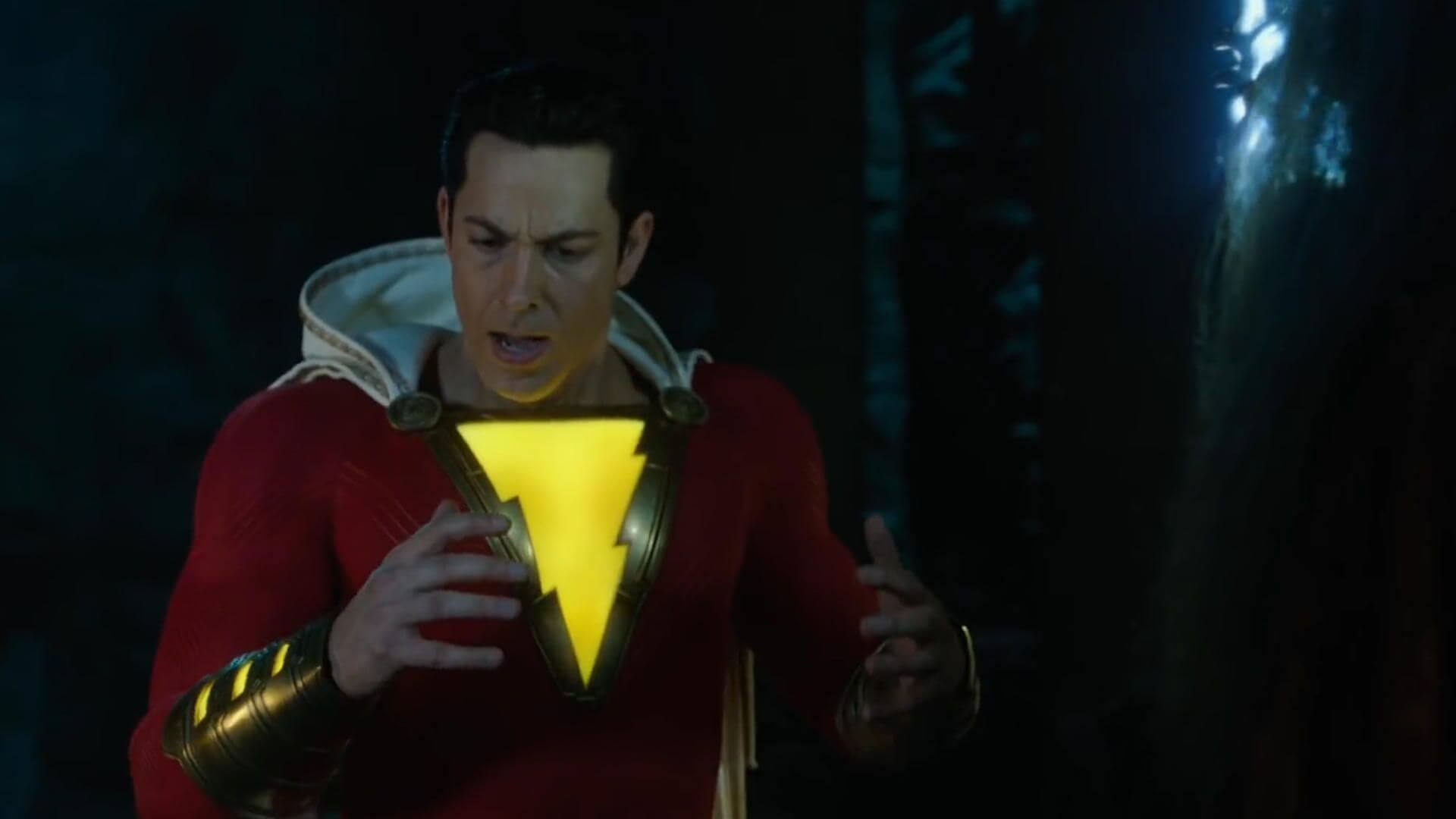 Warner Bros. isn’t done with Comic-Con yet, and follows up the Aquaman presentation with the release of the Shazam! trailer. Based on the DC superhero of the same name (who was previously Captain Marvel, but not that Captain Marvel, but let’s not go down that long and confusing path), Shazam! introduces movie audiences to Billy Batson, a foster kid who is granted the ability to turn into an adult-sized superhero with the powers of the gods. Watch the Shazam! trailer below:

I really like the tone of the Shazam! trailer. Much more lighthearted than even the non-murderfest DCEU movies, this one looks like it’s delving into out-and-out comedy, and despite a couple of misfires (“So they can fly away from this conversation?” Yeah, no.), it seems to work. I also enjoyed seeing the superhero memorabilia in Batson’s foster home, effectively setting up that he’s a regular kid living in a world where Superman and Batman are real. My biggest gripe is Zachary Levi. Now, I love him; Chuck was amazing (for three seasons and some change), and he’s an effortlessly likable guy. But I think he’s miscast here. I don’t for a second buy him as a godlike superhero; he’s too goofy and chummy for that, and the oversized suit they’ve got to put him in looks ridiculous and immediately breaks the illusion. What would’ve been much better is if the Rock were playing Shazam instead of villainous Black Adam further down the DCEU line. Then Billy’s transformation would feel much more drastic, and you’d have the hook of a guy who can look and play earnest acting like a silly kid. (This almost happened at one point.) Still, warts and all, Shazam! seems like a lot of fun, and despite its DCEU pedigree, the trailer has convinced me to give a chance to a movie I previously had no interest in seeing. Shazam! opens in theaters on April 5, 2019.

What did you think of the Shazam! trailer? Do you like Zachary Levi in the title role so far? Will we soon have two DCEU movies we wish could just exist on their own? Let us know in the comments and stay with Geeks + Gamers for more Comic-Con coverage!