Home  /  Entertainment  /  Movies  /  You Should Be Watching – Alice: Through the Looking Glass 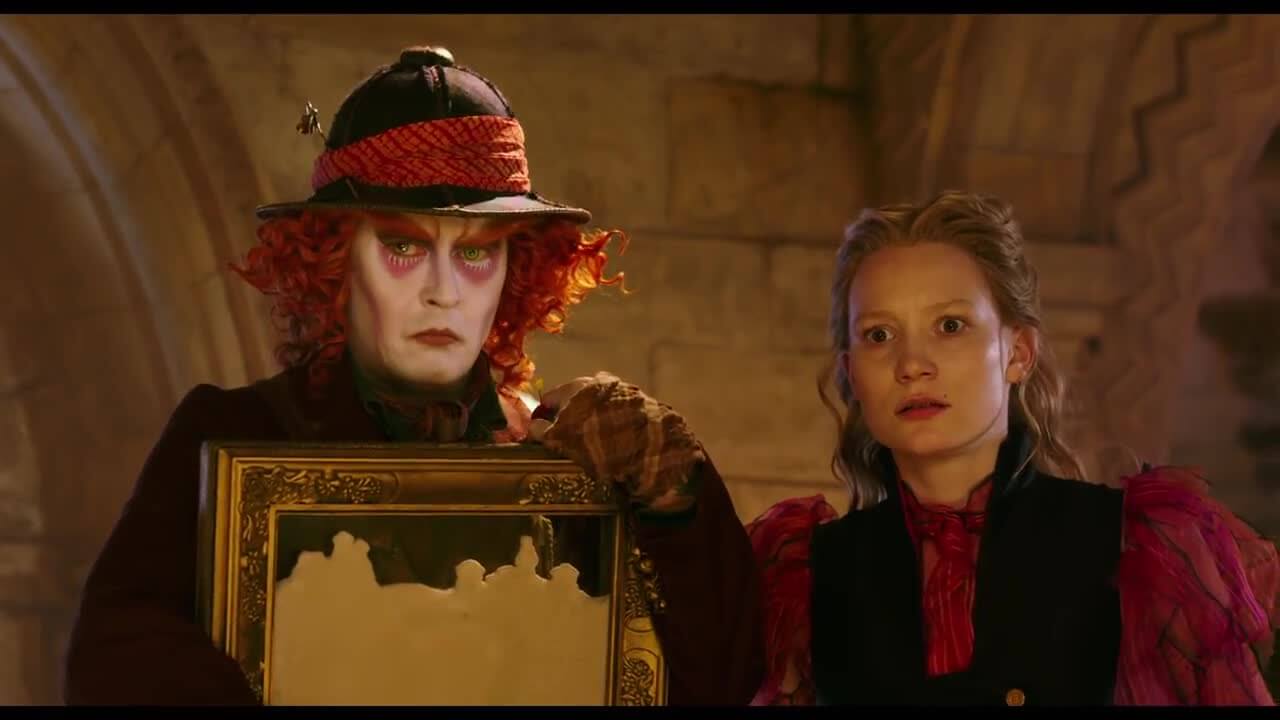 “Everyone parts with everything eventually, my dear.”

The first in a new line of live-action remakes from Disney, Alice Wonderland opened in 2010 to tremendous financial success and mixed critical reviews. I remember seeing the characters on pencil cases, bookbags, clothing and more when the movie was at the height of its popularity. Tim Burton seemed like an ideal fit to update the Lewis Carroll story and, regardless of the hot-and-cold critical response, fans seemed more than satisfied.

While there are a lot of things I liked about Burton’s Alice, it wasn’t really what I wanted or had imagined. Tim Burton takes a story about nonsense and turns it into a hero’s journey complete with a prophecy stating that Alice must slay the Jabberwocky, a creature from the second Alice book. He gives all the characters proper names, puts Alice in a suit of armor and even slides in themes of feminism and personal identity. It’s certainly an adaptation for its time, and that coupled with the lush visuals likely made it the huge success that it became. However, today I’d like to talk about James Bobin’s sequel, Alice: Through the looking Glass.

Through the Looking Glass isn’t really much of an adaption of the namesake book. Most of the book’s characters and plot elements already exist in Disney’s animated Alice in Wonderland and the Tim Burton film, and the only connection this movie in particular has to its source material is that Alice goes through the Looking Glass to get back to Wonderland. The film was a financial disappointment and did even worse than the first with critics; I think it’s because Burton wasn’t present and the studio waited too long to cash in on the success of its predecessor. The first time I saw Alice: Through the Looking Glass I didn’t think anything of it, but a couple of scenes really stuck in the back of my mind, so a while later I watched it again. This is a film I enjoy more each time I see it. 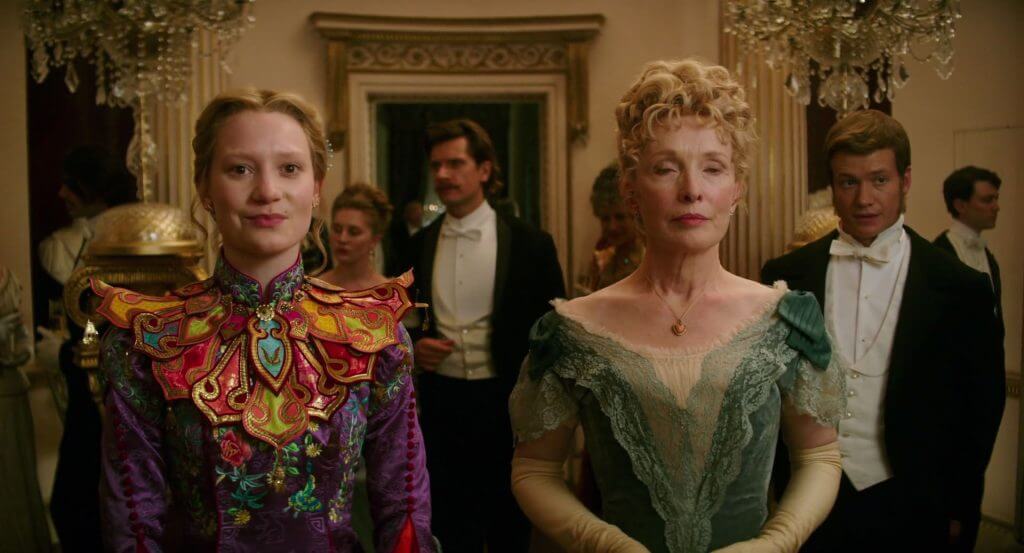 Through the Looking Glass improves on the Burton film in several ways, but the most important is the characters. In Alice in Wonderland, Alice didn’t really have much of a personality; she was just a rebel who wore ugly clothes and didn’t want to get married. She had a contentious relationship with her mother Helen for these reasons, but the movie didn’t really explore this or do anything with it. Alice and the Hatter were big pals but there wasn’t really any chemistry there and we didn’t know why they got along so well anyway. The Red and White Queens fought for control of the Kingdom and again, we didn’t know why they couldn’t just get along beyond the Red Queen being crazy, which is hardly worth discussing in a world where everyone is crazy.

In Through the Looking Glass, Alice is determined, but still kind, headstrong and clever. The first film’s journey for Alice involved discovering who she is and fulfilling a preordained destiny, but the second sends her on a quest that actually teaches her something. Difficult familial relationships, the passage of time and pride are themes at the heart of this film. Alice, Red Queen Iracebeth and Hatter Tarrant all have contentious relationships with their families. Alice tells her mother that time is a thief and that she would never want to be like her, a sentiment echoed by Tarrant to his father. Iracebeth takes on new dimension in this film, as we find out that several of her problems were directly caused by her sister, the White Queen Mirana. Several characters want to steal a device called the Chronosphere to go back in time and change events that created their present circumstances. Here Through the Looking Glass introduces us to the character of Time, played wonderfully by Sacha Baron Cohen. Although he isn’t the main character, he ties the film’s themes and events together.  He remarks that Alice can’t change the past, but she might learn something from it. This character gets several of the film’s best lines, too. Through the Looking Glass sets him up as a villain and he was marketed this way, but he’s really the least selfish character in the movie and he ends up forming a really sweet bond with Alice.

In wanting to escape from her mother and the dreary real world, Alice goes through the Looking Glass back into Wonderland (we’re not calling it Underland) and finds all her old friends. But now things are different; everyone is frantically worrying about the Hatter, who is apparently madder than usual. When Alice finds him he tells her that his family can be saved, but Alice knows this isn’t possible, as his family was murdered before the events of the first film. This simply pushes him further over the edge, as he can’t believe that Alice of all people would call something impossible. Disturbed at seeing him this way, Alice — with the help of her other friends — discovers the existence of the Chronosphere and sets off to get it from Time. Iracebeth wants it so she can reverse the event that changed her life, took her crown, ruined her relationship with Mirana and gave her the big head. What’s surprising is that it’s Mirana’s fault, and started when they were children. I won’t spoil it but I will say the inciting incident is silly, but that’s because in Wonderland things are supposed to be silly. Burton’s film shocked me by going hard in the direction of dark and conventional; the sequel is a breath of fresh air. 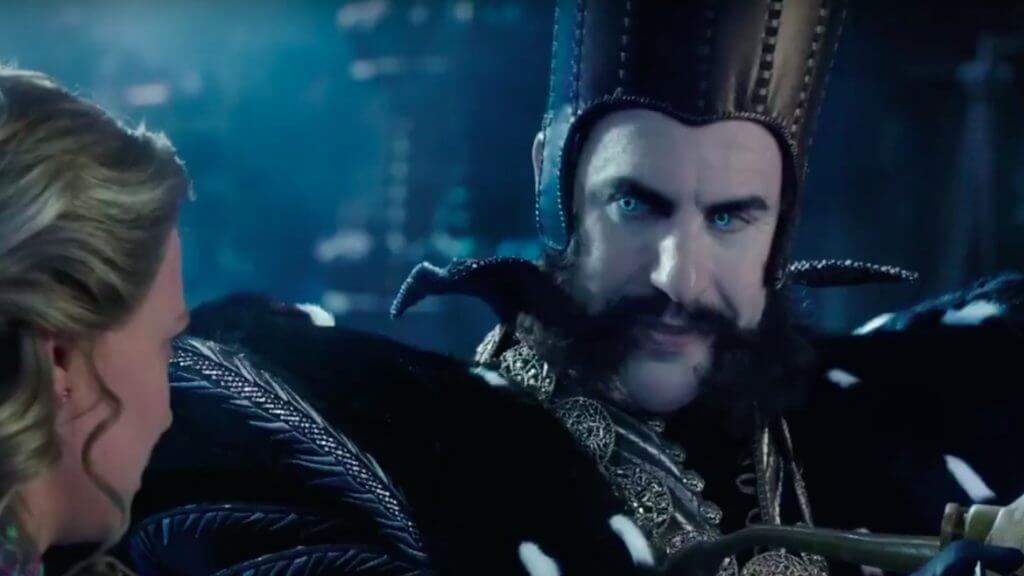 In seeing what the Hatter goes through with his family and how similar it is to her problems with her mother, Alice learns that family is the most important thing. Her own pride, like that of Mirana, has been controlling her actions and straining her relationships. In the end she apologizes to Time for stealing and for not heeding his warning, and she leaves Wonderland for the last time to be with her mother. When I first saw Through the Looking Glass this really bothered me; I couldn’t understand why Alice would go back to the real world she hates so much and leave the Hatter behind. But that’s the film’s point: family is the most important thing, more so than pride, success or Alice’s all-too precious freedom. Time is a precious commodity, but not one that’s working against her as she once thought. Alice decides to make things right and spend the time she’s got left with her mother, and there’s a nice compromise at the end.

In addition to having better characters, relationships and themes, Through the Looking Glass is more fun than Alice in Wonderland. The color pallette is much brighter and more colorful, and they’re really willing to lean into the nonsense of the Wonderland setting. Things are stranger in this film, and the craziness is just what the first one was missing. Both have several memorable lines, but Through the Looking Glass packs more of a punch as the dialogue ties in so well with the film’s themes and character arcs. The music by Danny Elfman, as usual, is beautiful and exciting.