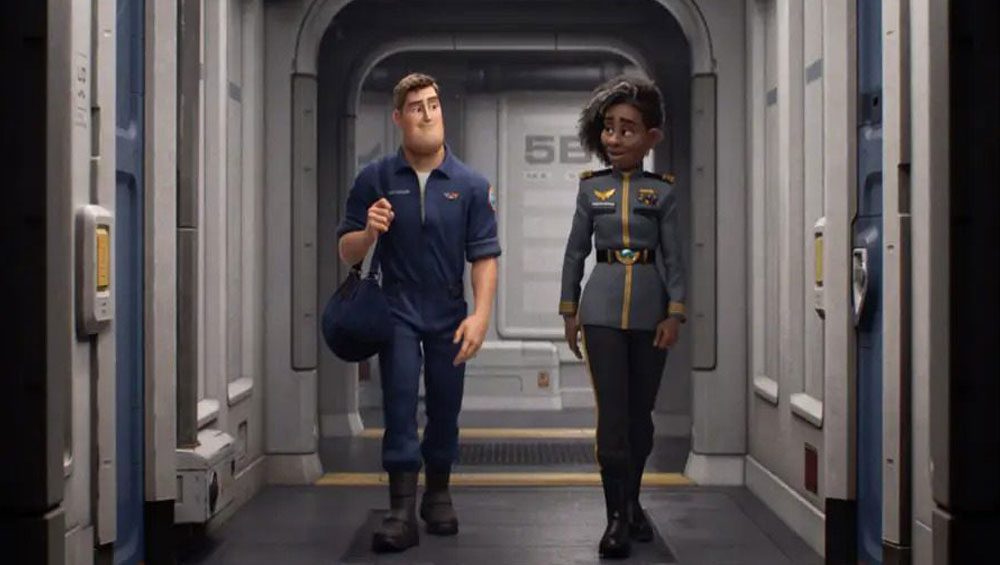 Pixar’s Lightyear, their first theatrical release since before pandemic times, opens this Friday. The movie’s director, Angus MacLane, and producer, Galyn Susman, gave Entertainment Weekly an exclusive interview about the LGBT issues surrounding the movie. Specifically, a friend and co-worker of Buzz Lightyear named Alisha is gay and shares a kiss with her partner in the film. This was initially removed for time reasons, but was later restored. This news broke simultaneously with the “don’t say gay” controversy, which saw Disney first play along with conservative views of LGBT issues, only to cow to increasing pressure from within and outside the company. Check out some of MacLane’s comments here:

Angus Maclane [sic] is “glad there’s been such support” for the scene but “didn’t realize how significant” it would become. “It’s not novel, personally,” he explains. “First, it was like, ‘This is a thing we need for our movie.'”

“In the Toy Story universe, it (Lightyear) would be like a movie that maybe Andy would have seen, that would have made him want a Buzz Lightyear figure.”

And here, Mrs. Susman responds to the letter sent out by Pixar employees during the “don’t say gay” drama:

“I totally agree with the sentiment. I’m not always a big fan of sharing with the whole world everything that we’re thinking, so though I agree with the sentiment, I probably would’ve liked it to be released in a different way. But here’s the thing — people look to see themselves in films. The more they can find themselves in the movie, the more they can connect to the movie. That’s the whole idea when you’re working toward having a diverse cast, is to be able to reach out and touch and speak to as many people as you possibly can.”

She adds, “To do that successfully means you have to work at authenticity. The whole idea was to make sure that all the representations in the film were as authentic as we could possibly make them. We work with consultants and all kinds of people who give us feedback to make sure we do that right. I think, in the end, we came up with a sequence in the montage that feels authentic, that feels true, that feels natural and organic, and that people can see themselves in the character and feel touched.”

There’s a lot to dig into here. For one thing, I don’t believe Disney’s claims that they removed the sequence due to time constraints. Or rather, I think it’s a half-truth. Animated movies, especially major ones from mainstream studios like Pixar and DreamWorks, have strictly-enforced runtimes. One of many factors distinguishing The Incredibles from its Pixar predecessors was its lengthy runtime – just 5 minutes under 2 hours. Animated features have historically aimed for a runtime between 90 and 100 minutes, with some (Lilo and Stitch and Sleeping Beauty) running well below that. So I actually find it easy to believe that Lightyear, as a decade-spanning action-drama-sci-fi spectacle, pushed the runtime boundaries that Disney was willing to accept at the corporate level. When it comes to Alisha’s kiss with her partner, though, I find it equally as likely that there were multiple reasons for the original cut. Given the timing and Disney’s tell-don’t-show approach to support of the gay community, I find it probable that this scene was chosen to cut both to shorten the overall length of the film and to remove elements certain viewers (and entire countries) would take exception to. The film is already being banned in countries like Malaysia ahead of its release. Personally, I think Disney should loosen Pixar’s leash a little. If Angus MacLane wants to show a lesbian couple kissing in his movie, let him. They let Brad Bird show superheroes being blown up, sliced and diced, and sucked through airplane engines 18 years ago. I have no problem with children being aware of the destructive nature of violence, but showing them the tenderness and joy that can come with love won’t hurt them either. 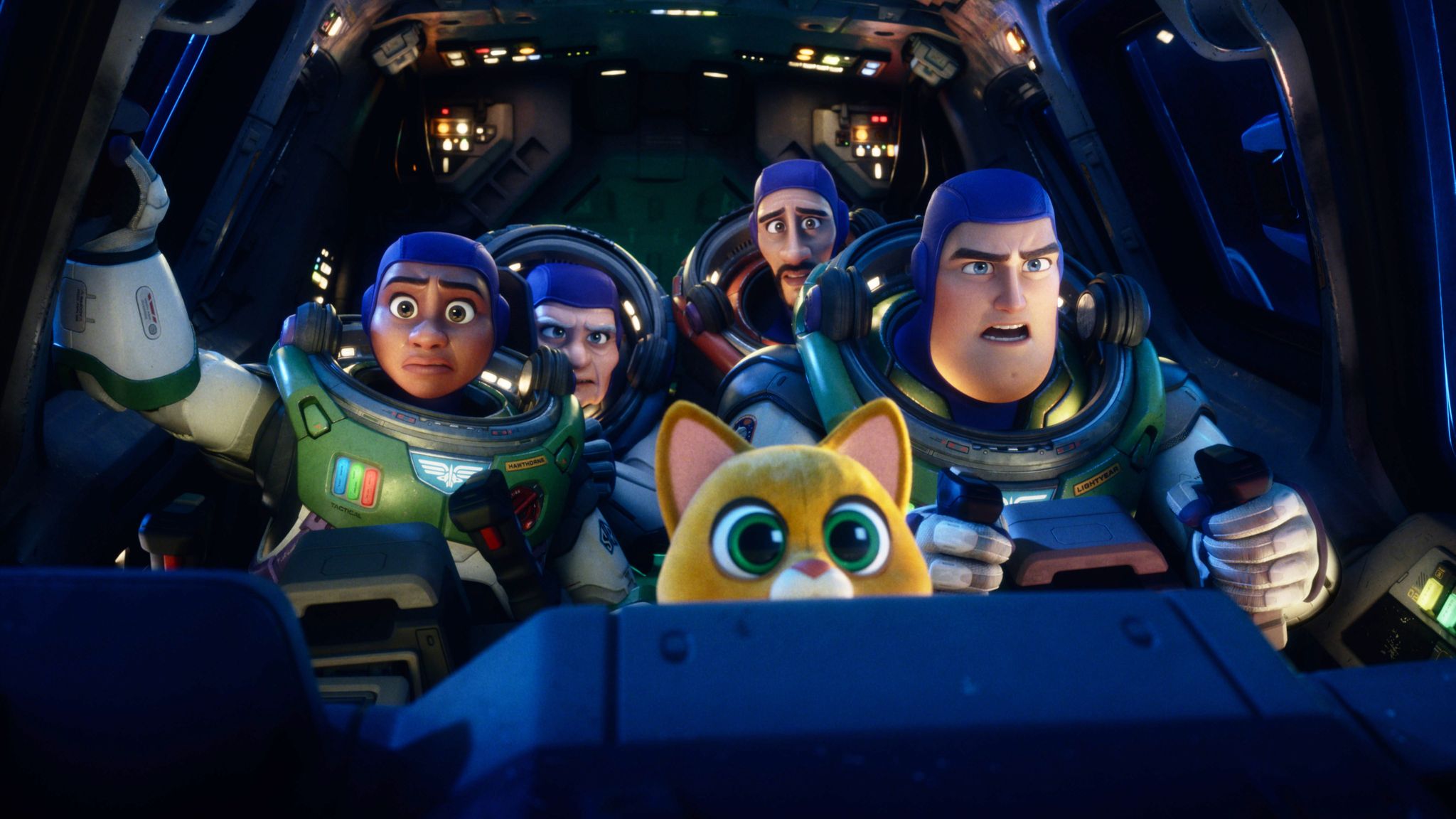 I think the loss of the scene where Kiko passes away could prove to be a mistake, depending on how important Alisha is to the movie. I don’t want them to pull a Kenobi where Alisha steals some of Buzz’s thunder, but I have more faith in Pixar than that. I’m not even that excited for Lightyear, but that’s not why. The concept for this scene reminds me of the beginning of Up, which many people cite as their favorite part. Pixar have always been masters at tugging on viewers’ heartstrings, and I like it when they lean into that. I can’t watch Inside Out or Coco without crying, usually a couple of times. As for the letter sent out by Pixar employees, I agree with Mrs. Susman that, ideally, this would be discussed within the company itself. However, the letter gave the impression that this had been brought to Disney multiple times, and they were shooting down most of the gay representation offered. They prefer halfhearted comic relief sidekick gay characters. The only openly gay Pixar characters before Lightyear were the leads in the short film Out and one of the cops in Onward. In Onward, it was just one easily removed line – you know, for China, Russia, and the Middle East. Regardless, when it comes to any representation, I’m always for it if it’s done well. If it benefits the story and characters, and it’s handled with care to not come off as a gimmick or a “yass queeeeeen” moment, go for it. And it sounds like MacLane had a vision in mind for how this would benefit the story, so I’m here for it. I’m still not super pumped for Lightyear, and I imagine it will be just okay. But I will be seeing it this weekend.