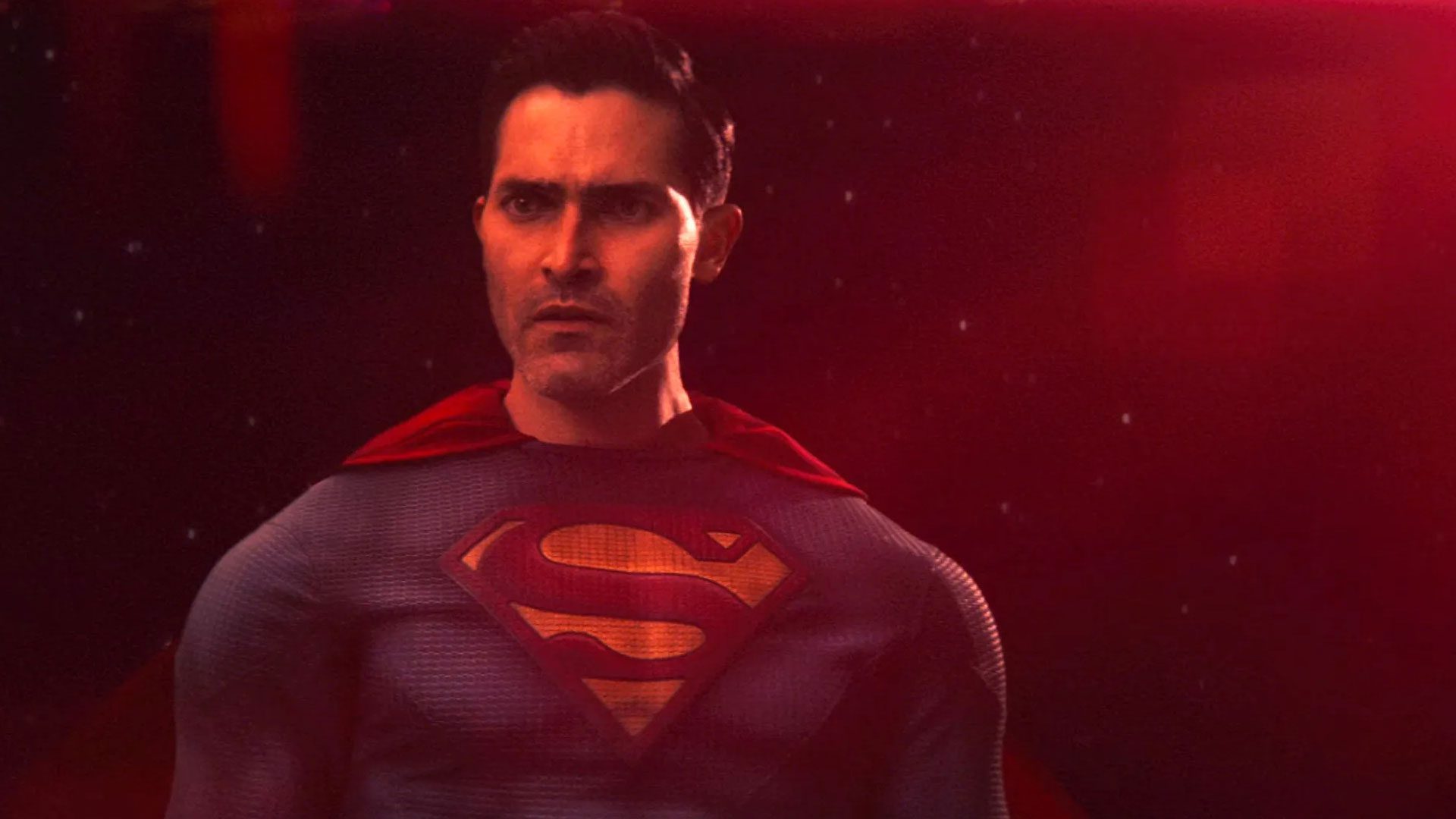 No need to bury the lead; “Bizarros in a Bizarro World” is one of the best episodes of Superman & Lois yet, and definitely the best of the season. It’s got every element that makes this show great, from character building to familial trials to plot furtherance to super battles to showcasing what makes Superman who he is, and it nails every one. It also stretches the premise by plopping Superman into a setting at once familiar and alien to him and lets the actors play both for and against type. If that sounds convoluted, well, we are in Bizarro World.

Superman makes it through the portal and finds himself stuck in Bizarro’s alternate Earth, where everything is as backwards as his doppelganger was. But in meeting the new Earth’s versions of his family, friends, and enemies, he discovers what a world without hope can do even to its best denizens.

“30 Days and 30 Nights” began with Superman defying the laws of nature and the universe to fly through Ally Allston’s portal and stop her from merging the two pendants to become Mecha Streisand or something. While the rest of that episode showed what happened to our world in his absence, “Bizarros in a Bizarro World” follows Superman into what I guess we should call Bizarro World. He finds himself in a cave – presumably the opposite version of the one through which he left – and immediately, everything is just a little different. Superman speaks backwards like Bizarro did in our world, but the wording he sees everywhere is backwards to him. There’s also the immolated corpse of Lieutenant Anderson, presumably due to the portal eating through the suit he thought would protect him.

Superman then explores Bizarro World, and the production design team deserves a mountain of credit for this one. The attention to detail is mesmerizing, with lots of little things giving the alternate dimension a distinct feel. You never get the sense of repurposed sets or slight alterations in filming the same locations, even though that’s exactly what it is. When inverted wording appears, it slowly revolves into its correct order, which furthers the sense of unease we – and Superman – feel while allowing us to understand what’s going on in the story. And they never slack on this; street addresses are backwards, logos go back to front, Kryptonian powers produce heat breath and ice vision instead of the reverse, and green Kryptonite has no ill effects. But the most startling change is when Superman flies into space and sees the Earth shaped like a cube instead of a sphere, with a red sun beaming down on it. Talk about not being in Kansas anymore. 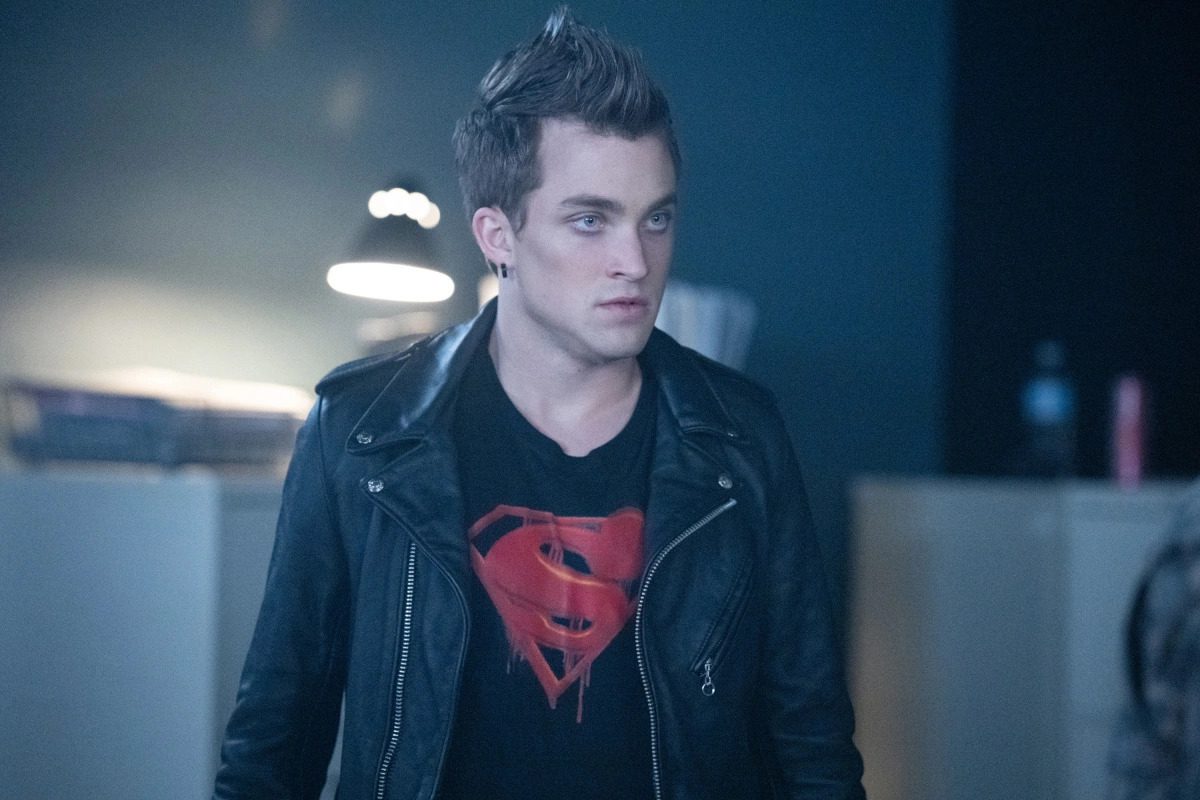 The best part of “Bizarros in a Bizzaro World” – and that’s saying something because it’s all great – is Superman seeing what becomes of a world without the hope he brings to it, both on a macro level and in an individual. Bizarro Superman, while basically a decent guy, fell prey to the cult of celebrity, and he neglected his family and his duties as a hero to take selfies with adoring fans and receive awards at lavish parties. He also began to believe his own hype, making the work he does about him and his image rather than helping people. All those in his orbit, and the world at large, couldn’t see Ally Allston and her movement coming because they were already in the throes of a false idol, one whose fall from grace included a drug dependency and growing isolation as his family slowly abandoned him. Now, Allston is in control, and their Superman is dead on another world, the empty husk of what was once their symbol of hope.

The individual most affected by Bizarro Superman’s fall is Bizarro Jonathan. This is where “Bizarros in a Bizzaro World” hits home for Superman; in Bizarro World, Jonathan has superpowers instead of Jordan, and he’s a rebel who hates the dad who turned his back on him. In fact, he’s part of Allston’s cult, and he’s one of the deadliest obstacles in Superman’s path. But more than that, he’s a warning to Superman of what will happen to his Jonathan if his father won’t stop judging him and making him feel small and ashamed. This is precisely what both Clark and the show needed; the reaction to Jon’s X-Kryptonite use has been excessive and damaging, and Clark was unable to see it till now. In Bizarro World, Jonathan didn’t do things his father’s way, and now he’s a murderous acolyte of a would-be dictator. It didn’t happen exactly as it is on our Earth, but the cycle is the same, and Clark needs to get a grip fast, or he’ll lose his son forever. 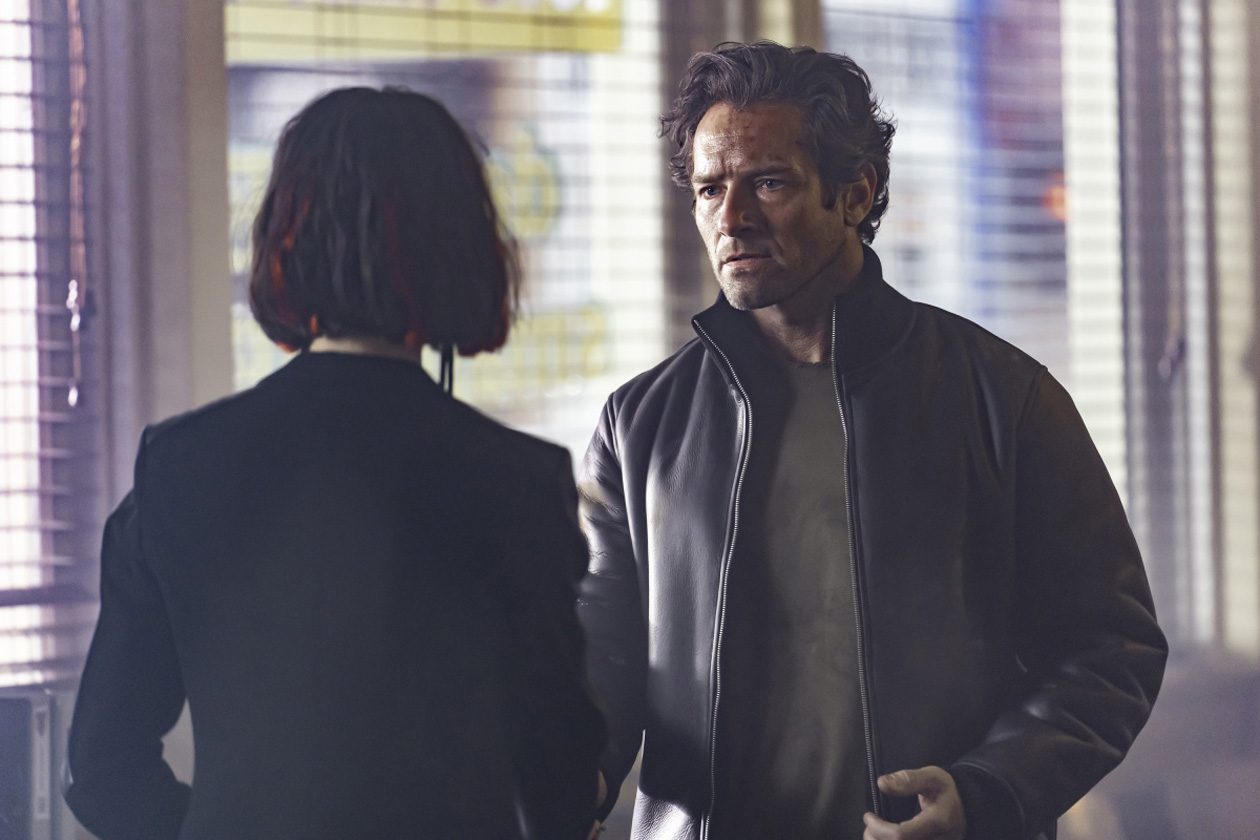 But there’s always hope when Superman is around, and “Bizarros in a Bizarro World” demonstrates this through the unlikeliest of lost souls: Lieutenant Anderson. The corpse Superman finds at the beginning turns out to be Bizarro Anderson; our Anderson survived his interdimensional trip and now finds himself a fugitive from the monster he thought he could outmaneuver. But when he meets Superman again, he is apologetic; he finally realizes how wrong he’s been the whole time, how much trouble he’s caused, how he’s likely doomed two worlds. But Superman holds no ill will; despite the evil this man has committed, Clark refuses to write him off and instead wants to help him change and make amends. Again, this is classic Superman, and it’s because of Superman’s belief in him that Anderson is willing to give his life to save the people he almost damned. I’ve been hoping for some payback for Anderson but found myself rooting for his redemption this week, and that’s amazing.

The aesthetics and larger plot implications are all stellar as well. The fight scene at the end is thrilling, with Superman cutting loose against warped versions of his friends. I was expecting to see Bizarro Lana utterly dominate him because of the new rules about male-on-female violence even in a fantastical setting, but nope; Superman & Lois dispenses with that nonsense and has Superman light her up, which makes sense because she’s super-powered too and the fate of the world is at stake. The fight also demonstrates how Superman has changed his brother Tal; Bizarro World saw them grow up as brothers, and now, it’s the love between them that saves Superman’s life and Tal’s soul. I also liked the inversion of the Jon/Jordan dynamic, with Jordan retreating into his former isolation as he watches his brother get super and his dad push him aside. Lois seems to have learned a thing or two from Bizarro Clark’s mistakes and her complacency in the face of them. And now, with both versions of Allston merging and Bizarro Jonathan about to join with his counterpart, the universe is on the verge of destruction. In other words, this looks like a job for Superman.

And that “President Seinfeld” line is a classic!

“Bizarros in a Bizarro World” is a sensational episode that forces some of the characters to confront their mistakes, stages a thrilling super fight, and steers the plot to its coming conclusion. The production design is excellent, especially for a CW show, and while there’s more to come, some plotlines receive unexpectedly satisfying conclusions.