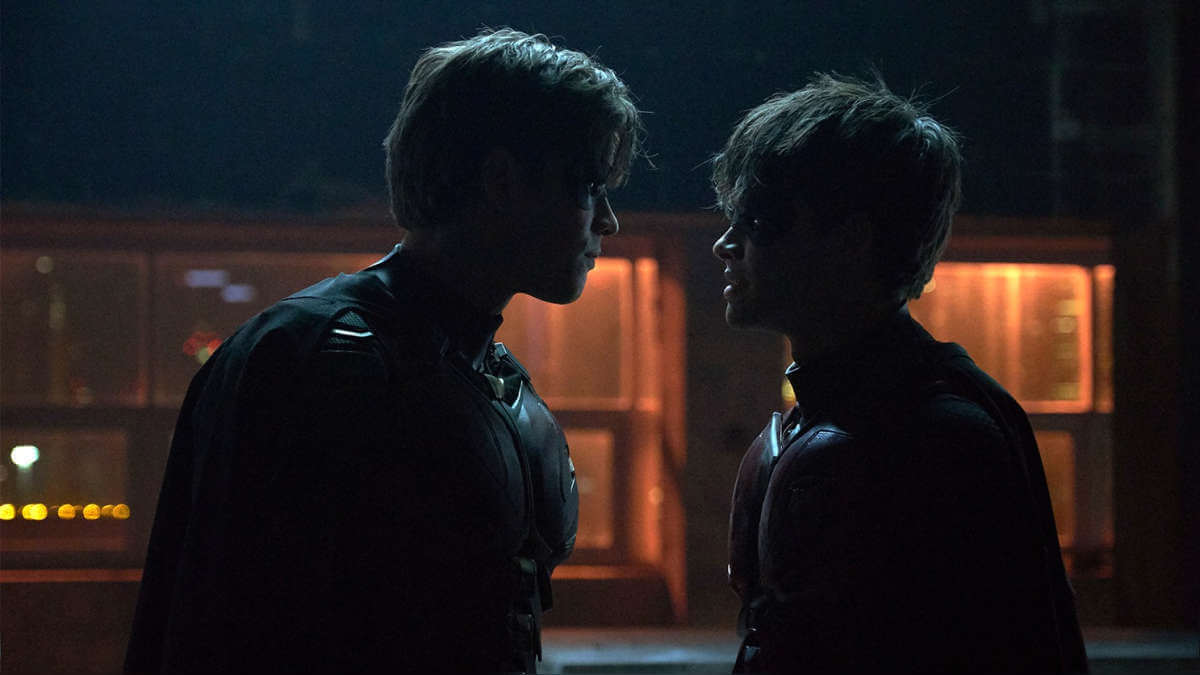 Week to week, Titans continues to surprise me. Episodes 4 and 5 are great because of the chemistry between the characters and the introduction of new heroes to this side of the DC universe.

In Episode 4, ”Doom Patrol,” we’re given a lot of time with Gar and Rachel, seeing their friendship bloom and introducing us to the titular Doom Patrol. I have to say that I know virtually nothing about Doom Patrol, as they’re one of my glaring DC blind spots, but I’m beyond hyped for them to get their own show after seeing all of these characters and the way they interact with each other. The world-building is excellent, as we get a decent look at each member of the team without losing sight of Gar and Rachel, or the Titans, for that matter. In particular, the work with Robotman is fantastic. There are some genuinely tender moments featuring him, as well as the other members. It’s an episode less focused on delivering superhero action as it is on reinforcing themes and character relationships.

The acting in “Doom Patrol” is terrific, headlined by three strong performances by Teagen Croft, Ryan Potter, and Brendan Fraser’s wonderful vocal work as Robotman. Croft has a good deal to do in this episode, including keeping up with comedy and selling the empathic nature of her character, and the finale showcases how well she works with Brenton Thwaites. Those two sell what might be the most emotional moment in Titans thus far, and really push that brother-sister-like dynamic. This episode also finally gives Ryan Potter something of significance to do. He’s given a lot of comedic moments, he bounces off of the other members of Doom Patrol quite effectively, and he has a couple of dramatic scenes that show he’s definitely got range. Finally, Brendan Fraser is outstanding in this episode as Robotman. He’s funny, but behind the comedy is a sense of tragedy, and it’s evident not just in the physical performance but in Fraser’s delivery, especially during the dinner scene. 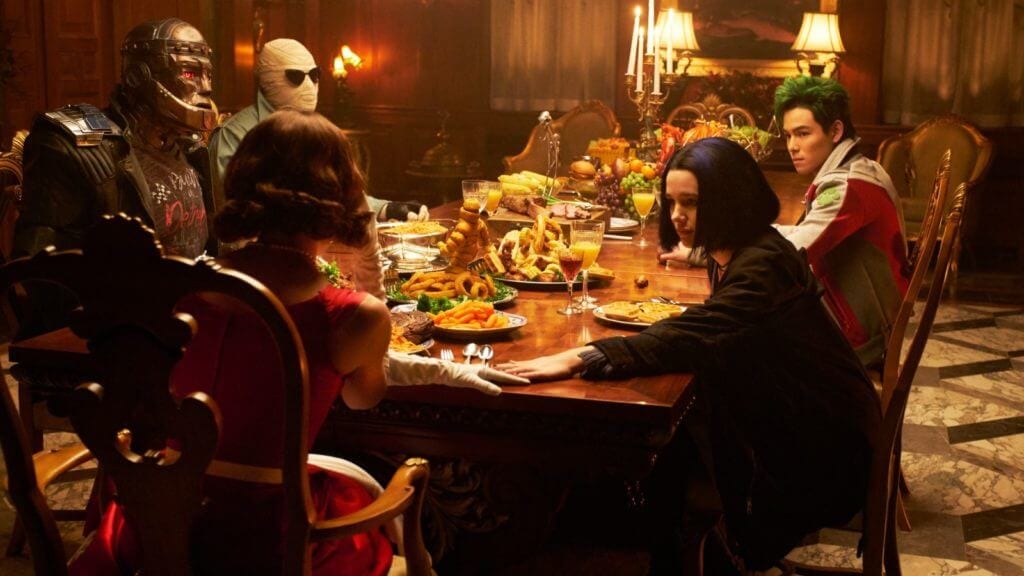 The production design is great as well. The mansion Doom Patrol inhabits feels distinct and lived in. The costume design is also quite good, especially for Robotman and Negative Man. The shot placement is solid enough as well, but nothing to write home about. “Doom Patrol” is well edited and exceedingly well-paced, without ever really slowing down. The visual effects are a bit of a mixed bag; there are times when they look pretty damn good and then moments where they are fairly obvious. Some of the bigger offenses are Raven’s powers, which kinda just look like CGI gel. For TV, they look fine, and it’s not distracting to a horrifying degree or anything; just something to note. As I said, this episode isn’t particularly action driven. What little snippets we get are fine enough, but still pretty workmanlike and very TV-feeling. In a world with Netflix’s Daredevil, it just feels a bit disappointing.

“Together” ramps up the action and furthers the plot a bit more, focusing on the Titans coming together (obviously) and becoming more of a team. There’s an amusing sequence closer to the beginning where we see each member showing off their power set, with Gar being the standout. We also get some solid development between Kori and Dick, propelling what could become their romance. We also see a bit more of the villains, with the creepy Nuclear Family and their head honcho. The show makes this “family” off-putting in a good way, and they definitely aren’t slouches in a fight. Seeing the team come together is pretty cool, although it feels somewhat less gratifying than it should, for some reason. Towards the end of the episode, after shutting down the possibility of talking about his issues with Kori, Dick opens up to Rachel about his misgivings about being Robin, and it’s one of the best moments in the show, as it continues to further that character dynamic that I love. It really shows how similar he is to Rachel in some ways, and why that makes him perfect to help her, and vice versa.

The performances are strong. The camaraderie between the Titans is starting to rear its head, and it’s great stuff. Brenton Thwaites continues to take strides towards making Dick Grayson a truly complicated and tragic man with his portrayal. The way he plays Dick’s desire to not talk about his past feels authentic, and his scene with Teagen Croft towards the end of the episode is really well-handled. Speaking of Croft, she continues to do good work in “Together.” She isn’t given as much of the heavy lifting this time around, but she has some great moments, in particular one that she shares with a Ryan Potter’s Gar. Potter also handles himself quite well here, although he’s primarily relegated to comedy during this episode. It doesn’t matter, though, because “Together” needs it, and Potter does a nice job, especially in his “training” scene. Anna Diop continues to impress me here as well. She manages to bounce off of every actor well, as well as be constantly likable. She has some great exchanges with Thwaites (pun kind of intended), and you can see the romantic/sexual tension building between the two actors. I’ll also say that each member of the Nuclear Family is exceeding creepy, but the mother ( played by Melody Johnson) is the creepiest. She has this insane demeanor that totally puts me on edge. 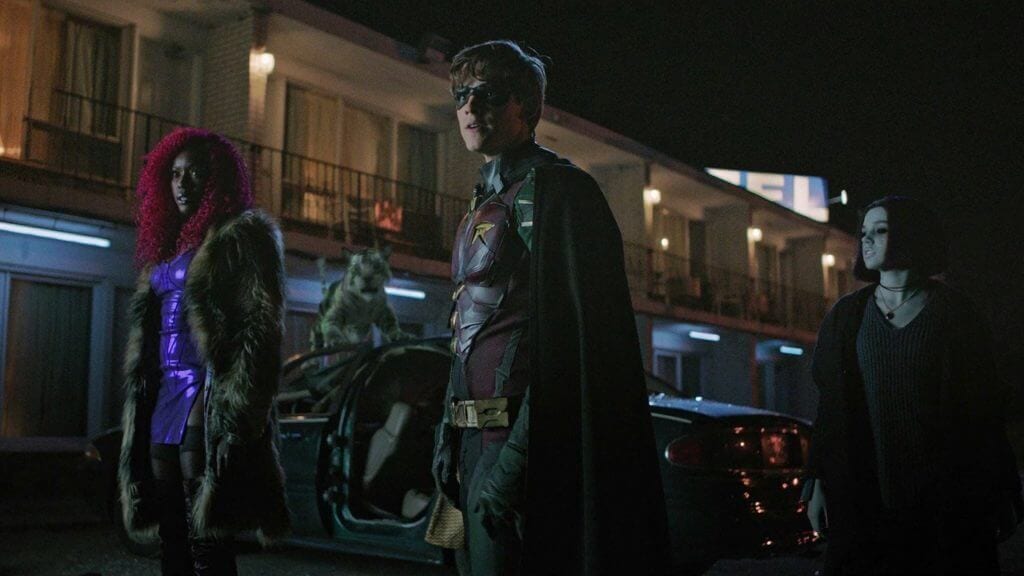 The production design is solid enough, although “Together” primarily takes place within a motel. The shot placement is pretty good, a definite improvement in the action scenes. “Together” is also pretty well-edited and paced. It’s a shorter episode, coming in at forty minutes as opposed to a full hour, but it never feels slow or rushed. The action scenes, while better than they’ve been, still need work. There are some great moments during the finale, but there are also some frustrations. There’s still a good deal of over-editing going on, and Starfire’s fight in the hallways feel underlit in addition to the poor editing. It’s just hard to see what’s going on. There are moments that caused me to exclaim at the screen in excitement, but the show still has work to do. Again, in an era with Marvel’s Daredevil, shows like Titans, with a larger budget than network TV, should be able to produce stronger action scenes.

Overall, “Doom Patrol” and “Together” do a great job continuing the season’s story, themes, and character relationships. Some of the show’s best moments are contained in these episodes, the world-building is excellent, and the action has improved.

How are you liking Titans so far? Let me know in the comments below. Stay nerdy everyone!

Titans Episodes 4-5 “Doom Patrol” and “Together”

“Doom Patrol” and “Together” continue Titans’ upward swing, and are two of the best episodes of the show so far.