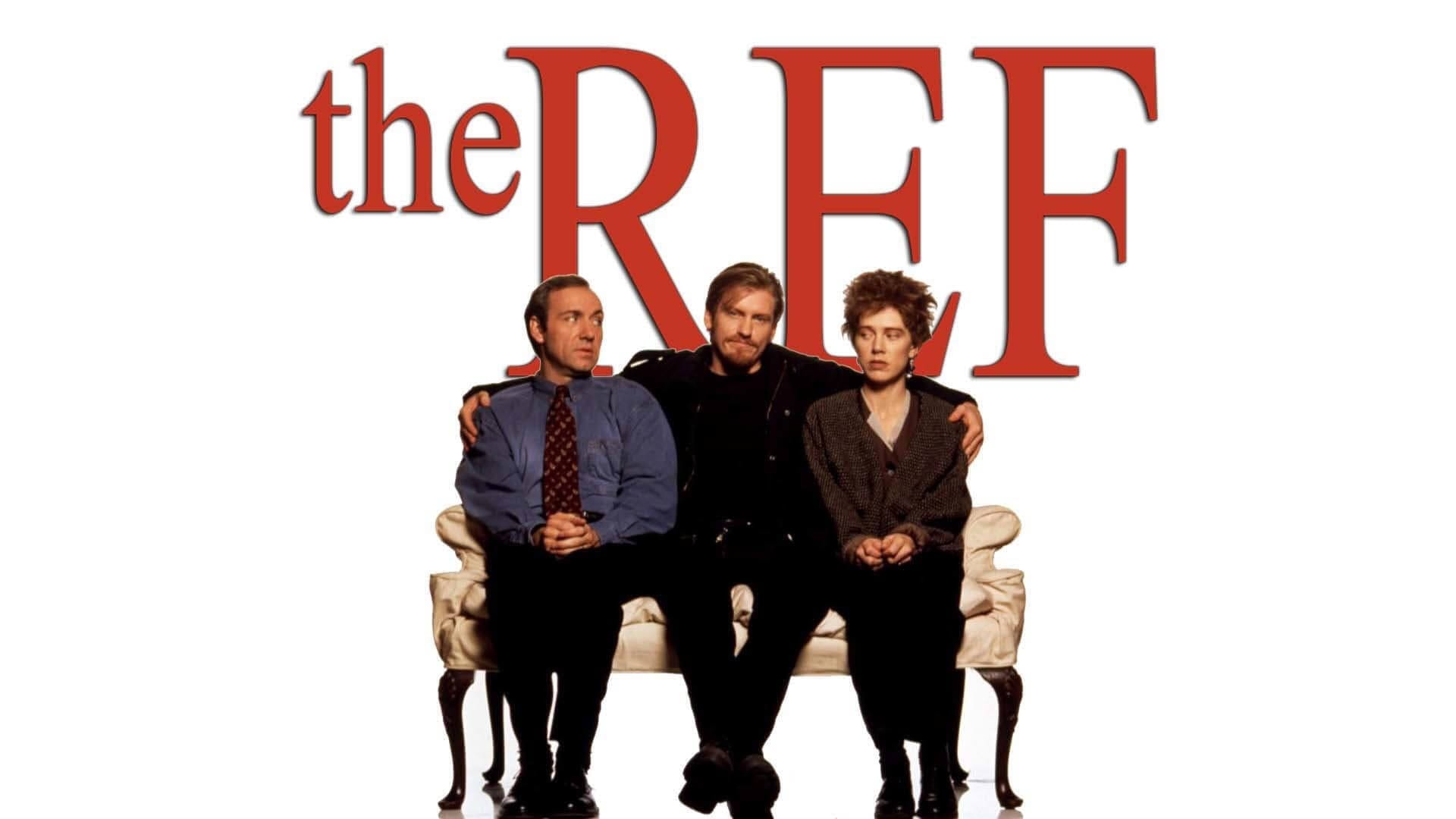 Welcome back to You Should Be Watching, where underloved movies and TV shows find appreciation and value. In keeping with our theme of only movies about Christmas, or that feature Christmas prominently, this week we’re getting Stockholm Syndrome with 1994’s The Ref. This crime-comedy-drama stars Denis Leary, Judy Davis and a pre-downfall Kevin Spacey. Unlike most of my choices for the Christmas theme, The Ref definitely has a hard edge to it. However, this is ultimately a movie with a good Christmas message, even if it is delivered in an unconventional manner.

The Ref introduces us to husband and wife Lloyd (Spacey) and Caroline (Davis) and their less-than-happy marriage. They constantly bicker and attack each other, to the point that even their marriage counselor is at a loss when it comes to helping them. Making matters worse, the family is coming over for Christmas, including Lloyd’s overbearing mother Rose (Glynis Johns). Things take an unexpected turn when cat burglar Gus (Leary) breaks into the family’s home and takes Lloyd and Caroline hostage. He soon comes to regret taking such disagreeable, opinionated hostages and becomes a kind of reluctant mediator, pointing out each spouse’s hypocrisy, as well as each one’s merits and good points. Throughout the story’s ups and downs, the couple and their son Jesse form a strange but endearing bond with Gus, infuriating their visiting relatives but teaching them something about family in the process. 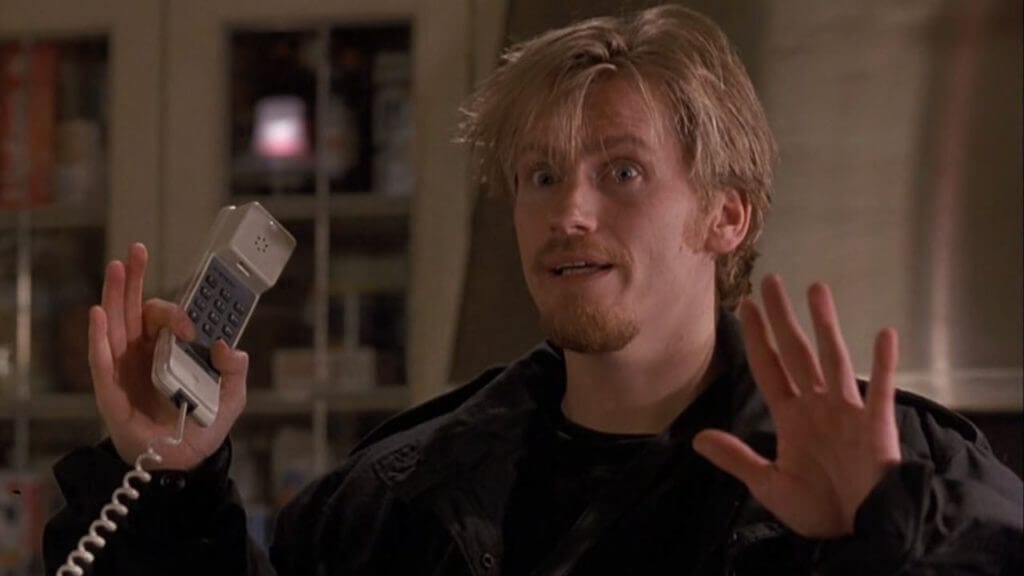 As you can see, The Ref is kind of a weird film. But there’s nothing I love more than a movie with interesting characters and relationships. While there are a lot of elements and departments that go into the making of a film, that’s one thing that never fails to make one stand out in my mind. The absurdity of the situation and events surrounding the friendship among Lloyd, Caroline and Gus leads to a lot of great comedy, from Leary in particular. Even though the premise is ridiculous and the film is packed with funny lines and visual comedy, some of my favorite scenes are Lloyd and Caroline having serious arguments just for Gus to do what even their therapist couldn’t. Unlike their counselor in the beginning, Gus doesn’t tolerate bickering or unfair criticism; he forces the two to see the guilt in themselves and the good in one another. Throughout the film’s 96-minute runtime, Gus proves to be the most reasonable character of all, despite being a criminal. Once the family arrives for dinner, he takes them down a peg too, even the domineering Rose.

One of The Ref’s best qualities is its tone. As I mentioned, the film is filled with both knee-slapping humor and serious family drama. The Ref manages these emotions and plot elements extremely well and keeps the audience entertained and engaged with the characters, both through their personal drama and the laughs that ensue. This film isn’t quite as uplifting as something like Arthur Christmas or The Bells of St. Mary’s, but in the end, the family is happy again, and Gus has gained something as well in befriending them.

I think The Ref likely isn’t remembered fondly because of the hard edge I mentioned and the film’s sense of humor. However, it’s important to make a distinction between an ultimately good-natured movie with a few bad words and twisted jokes, as opposed to something like The Christmas Chronicles. Whereas The Christmas Chronicles re-shaped the iconic character of Santa Claus and presented a rather cynical view of people on the whole, The Ref doesn’t necessarily say anything bad about the holiday itself. This film doesn’t have a distinct lack of (or, arguably, disdain for) Christmas spirit like the Netflix release. The characters are flawed and aren’t always very nice to each other, but it’s done to serve a narrative and character-development-related purpose. The Ref is also quite a strange story and movie, especially for the Christmas season. Depending on the ages of the children, you can’t really watch this movie with the whole family, for example. That’s usually a pretty big deal, as most families like to do Christmas-related activities together, including watching movies. There are also plenty of adults out there who may not like a film like this; it’s pretty irreverent when it comes to language and sexual innuendo. Even when recommending a movie, I think it’s only fair to be honest about its appeal to the general audience of all ages. The Ref likely isn’t going to be for everyone, but if you like well-meaning comedies with character development and interesting relationships, you’ll probably like it. 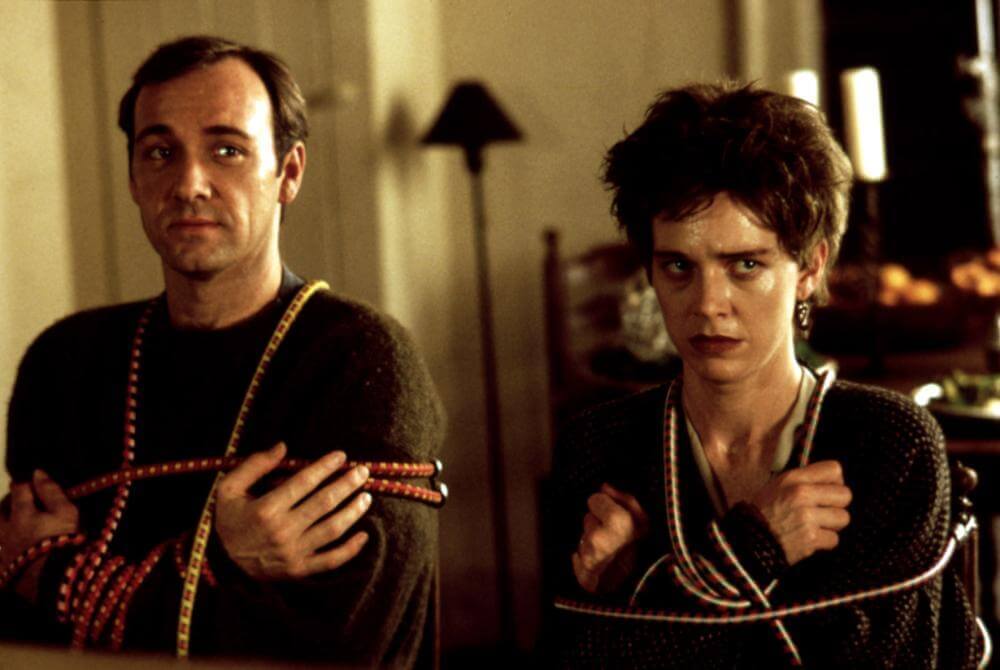 This film has a great cast; I know we’re not supposed to talk positively about Kevin Spacey anymore (and with good reason), but his performance in The Ref is really good. He’s very funny at select moments, including a confrontation with his mother near the end. As I mentioned, Denis Leary is absolutely hilarious in this movie. He quickly goes from kidnapper to reluctant babysitter and mediator. He remarks at one point that Caroline and Lloyd are just like his own parents, and this likely factors into his low tolerance for their constant bickering, inability to move on and lack of problem-solving skills. Judy Davis is good as Caroline, but she’s not quite as funny, and her role is less dynamic; she’s unhappy with Lloyd because of Rose and the hold she has on them, and also because their lives aren’t as successful as they’d hoped. Glynis Johns plays Rose, and though her role isn’t as big, she’s great. I know and love Johns as mother to the Banks children in Mary Poppins, so I was thrilled to see her in The Ref. The role of Rose couldn’t be more different from that of Mrs. Banks; here, Johns gets to be a complete nightmare, a controlling, self-important monster-in-law in the guise of loving mother and grandmother. Christine Baranski and Adam LeFevre also portray Jesse’s aunt and uncle; Baranski’s antics, in particular, clash with Gus as well. Gus poses as Lloyd and Caroline’s marriage counselor when the extended family is there, and this leads to a ton of laughs as well.

The Ref is crazy, funny, dramatic and pretty bizarre all at once. The acting, dialogue and character relationships are all on point. The music and visuals are nothing to write home about, but in a movie like this those aren’t the most important things by a long shot. The film’s comedy and language can be a bit crass, and I wouldn’t recommend showing this one to younger kids or those easily offended. However, if you enjoy a good laugh with interesting characters who learn something, you should be watching The Ref.