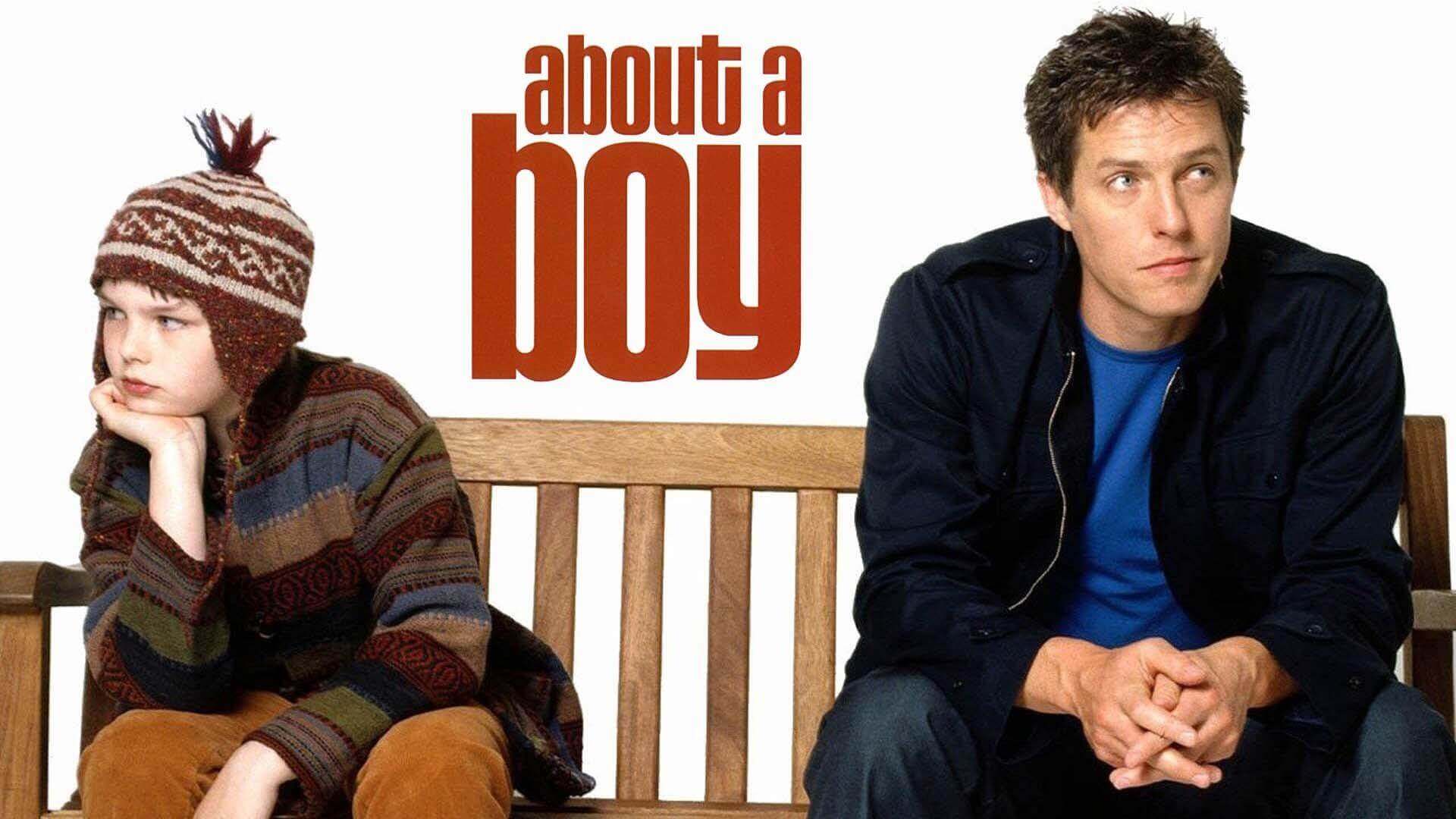 Welcome back to You Should Be Watching, the home of lost or underappreciated TV and movies. In keeping with our theme of Christmas movies, this week we’ll be taking a look at 2002’s About a Boy. This is technically bending the rules a little; this film has Christmas in it, and, in fact, Christmas comes more than once in the runtime, but this isn’t strictly speaking a Christmas movie in the way that A Christmas Carol or Miracle on 34th Street are. However, Christmas serves as the backdrop to much of the story, and I think it definitely has a Christmassy tone. My family has watched this movie every Christmas for years, but I appreciate it more since I’ve gotten older. Let’s dig in.

Based on the novel by Nick Hornby, About a Boy follows childish, sardonic bachelor Will Freeman. Will lives alone and doesn’t work, spending his days watching TV and running small errands like having his hair cut. Tired of constantly having to be the bad guy and break up with casual girlfriends he’s done with, Will decides to join a support group for single parents to find girlfriends. This goes well enough for a while, but things get complicated when Marcus, the son of one of the group members, follows Will and finds out he’s been lying about being a single father. In exchange for keeping Will’s secret, Marcus comes to his house after school every day and the two start hanging out. The experience of befriending Marcus and meeting his family has unexpected effects on Will, and his lifestyle begins to change drastically.

Hugh Grant is awesome as Will in About a Boy, equal parts charming and funny. As the movie openly acknowledges, Will isn’t really a good person and doesn’t treat people very well. However, Grant’s performance and the fast dialogue make this character not only bearable but enjoyable to spend 100 minutes with. I think he’s a good performer in general, but he’s been in a lot of movies I just didn’t like or didn’t care to watch. I also think he’s really good in Cloud Atlas and Paddington 2. Nicholas Hoult portrays Marcus; he went on to appear in Mad Max: Fury Road, the X-Men films, and Warm Bodies, and is in this year’s The Favourite. He does really well for such a young actor, and he’s quite witty at times too. Toni Collette is excellent as Marcus’ depressed mother Fiona. Some of the best lines in the film come from Will at or about Fiona’s appearance, habits and temperament. Rachel Weisz and Natalia Tena (Harry Potter, Game of Thrones) play Will and Marcus’ respective love interests, and they’re lots of fun as well.

About a Boy’s musical score is composed by Badly Drawn Boy, who also wrote the song “Something to Talk About,” which plays during the end credits. Paul Brewis wrote the festive jingle “Santa’s Super Sleigh” for the film. The music throughout the movie is pleasant and appropriate, but I particularly like “Something to Talk About.” This isn’t one of those songs that strikes you like lightning, but rather each time I hear it I like it a little more. Any time the characters themselves sing in the film there are guaranteed laughs. About a Boy is set in modern times, so the costumes may go unnoticed, but they do a great job choosing clothing and hairstyles that inform their characters. One can tell by Fiona’s clothes that she’s a little odd, or from Will’s that he is a tad superficial, et cetera. While Will and Marcus are the obvious standouts, I also think Fiona is an important, interesting character. She’s deeply depressed to the point of suicidal tendencies. As such, she isn’t always there for Marcus in the ways he needs her to be. Marcus ends up acting as more of a parent at times, doing whatever he can to make Fiona happy; he dresses like she likes, acts as she likes, and at one point tries to fix her up with Will. That goes about as well as you’d expect. While the friendship between Will and Marcus is at the heart of the story, they don’t short-change Marcus’ complex relationship with his mom either.

This movie is absolutely hilarious. The dialogue is quick, and the actors consistently nail it. One of my favorite comedic scenes is when Will has Christmas dinner with Marcus’ family. All sorts of antics ensue, such as Marcus sarcastically gifting Will a parenting book and an older woman mishearing a conversation about a duck and asking if that’s what they’ll be eating. Unlike a lot of Christmas comedies I’ve seen, About a Boy relies less on slapstick and crude humor and more on situational dialogue and character tropes. In addition to its biting wit, About a Boy has a strong arc for Will and is overall quite heartfelt. I love stories like this, where a lonely and/or selfish person makes friends and opens up to them. The film offers some pretty good observations on love and relationships between couples, parents and children, and even platonic friends.

I think it’s debatable whether About a Boy is a true Christmas movie, as the holiday season is more of a backdrop and isn’t necessary to the events of the main plot. But I’ve always watched it around Christmas and, in addition to featuring Christmas imagery and, occasionally, music, I think the focus on family (of all kinds), as well as Will’s character development, make it a perfect Christmas movie. To me, a necessary element of any great Christmas movie is a warm feeling at the end. I think Christmas is about people coming together, helping each other, being their best selves. There’s definitely some of that in About a Boy, making it a better fit than some more obviously Christmas-oriented movies. About a Boy is one of my favorite movies to watch around Christmas and one of the funniest movies I’ve ever seen. It’s also got a big heart and endearing, believable characters. Everything from the acting to the music works together to create a fun, sweet experience.  Fantastic performances from the two lead actors, interesting characters, and witty dialogue are why you should be watching About a Boy.

About a Boy can be seen for free on Cinemax, and if you have Cinemax, you can watch it for free on Amazon or Hulu. The DVD can also be bought cheaply on Amazon.