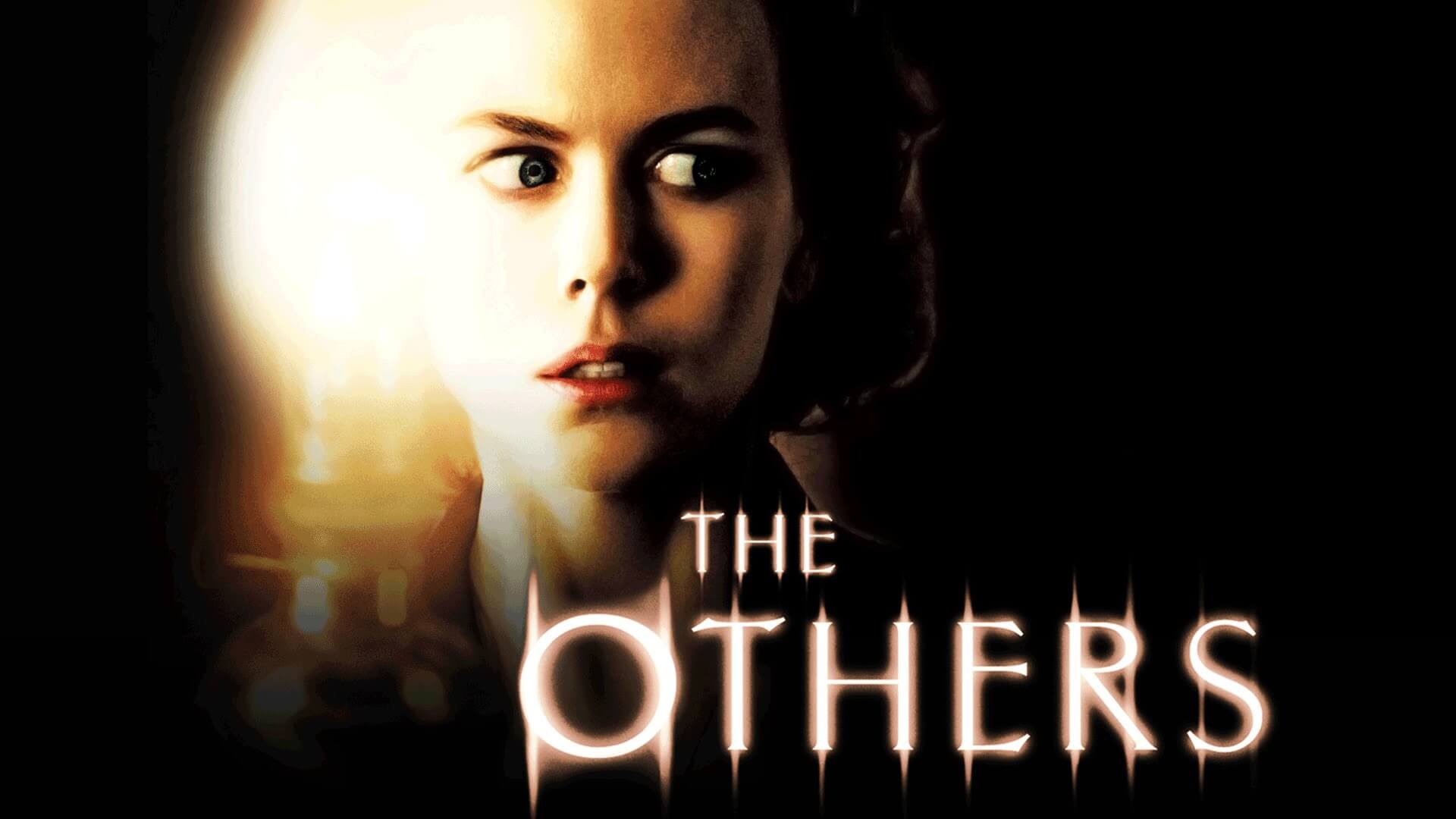 Welcome back to You Should Be Watching, where I recommend movies and TV series that deserve more love. This week we’re living among the dead with Nicole Kidman in the suspense-filled horror film The Others. This movie excels at exactly the kind of slow-burning, unsettling creepiness I can get excited about. Everything from the sparse candle lighting to the music adds this ambiance of uncertainty surrounding these characters and their story. This isn’t the kind of film that will make you jump or scream, but it does an excellent job at creating feelings of apprehension and anxiety as the plot builds.

The Others takes place on the island of Jersey just after the end of World War II. Kidman’s character, Grace Stewart, rules over her children Anne and Nicholas with an iron fist and a Holy Bible while hoping and praying her husband Charles (Christopher Eccleston) will return from the War. Things are further complicated by a disease the children have that makes them extremely photosensitive. Things begin changing and rules are broken when three strangers show up, offering their services as servants to Grace. 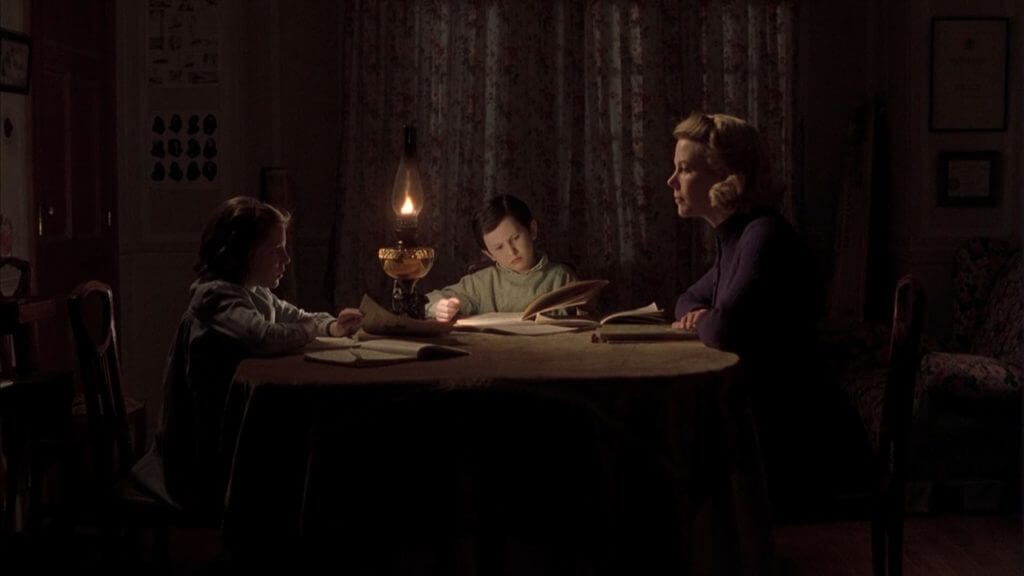 Nicole Kidman is absolutely spectacular in The Others. Her character is domineering, loving, mad, abusive, and pitiful. She’s not really likable at all but she does such a great job in the role, and the emotions are so real you can’t help but get wrapped up in her problems and fears. She’s by far the most complicated character in the film, and her wide range of emotions are the backbone of the movie. Her relationship with her daughter Anne is also very complex, and many of Grace’s character flaws are evident in her treatment of her children. She uses religion as a weapon and a tool to teach her children to obey, whether her requests are reasonable or not.

Child actors Alakina Mann and James Bentley play the fearless Anne and momma’s boy Nicholas. Sweet but mysterious nanny Mrs. Mills is played amiably by Fionnula Flanagan, Eric Sykes plays gardener Mr. Tuttle, and mute housekeeper Lydia is portrayed by Elaine Cassidy. Everyone does a good job here, and while Kidman carries the film, Flanagan and the others each get their chance to shine. The servants are likable enough, particularly Mrs. Mills. Nicholas is a bit of a wimp and Anne can be rather defiant, but it’s understandable given the way their mother treats them. Unlike a lot of movie kids, they act like real children. The Others has a relatively small cast, and it works very well; having so few people in such a large building just adds to the creepy ambiance.

The costumes in The Others are simple and don’t distract from the story, and the same can be said for the film’s music. It’s nice and atmospheric but nothing to write home about. The film is beautifully shot, and the darkness within the house brings a melancholy air that only subsides near the end when the curtains are literally and figuratively pulled back. Nicole Kidman always looks good, but her hairstyle and minimal makeup look great as well. 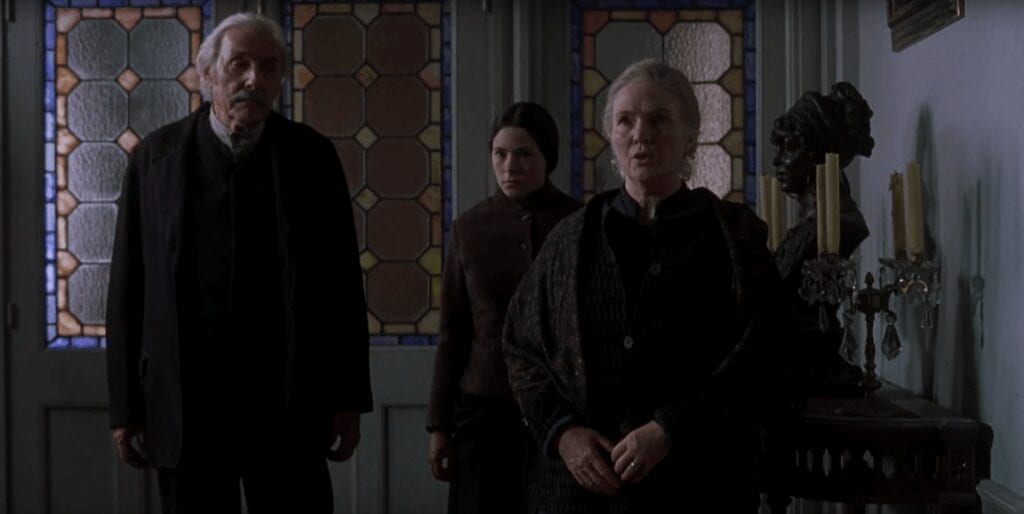 This film is spectacular at building intrigue around the plot and tension between the characters. I hadn’t heard of The Others until a family member showed it to me and I genuinely couldn’t guess one turn of events throughout the film. I don’t like shock just for the sake of it, and here everything works and adds up in the end. It’s not quite The Sixth Sense shocking, but it’s close. And this really works because you care about the characters. Although they have problems, this family does love each other, and you can feel that. If it were all doom and gloom, it’d be easier to lose interest in the story. The staff also add a bit of warmth to the movie. One character I can’t empathize with at all is Grace’s husband Charles; I just can’t understand him taking so long to come home, or the outcome of his return.

If I had one nitpick with The Others, it’s that some questions still linger in my mind after the resolution. Some of them are spoilers, but for example, are the children really allergic to sunlight, or is this more of Grace’s neurosis at work? When and how did she discover the allergy if it really is there? This hardly constitutes a plot hole, but it is something I would have liked for the film to address. Regardless of this, their photosensitivity is good for the movie; since all of the curtains must be closed and they live by candlelight, the film has a gothic hue to it that suits the story nicely. 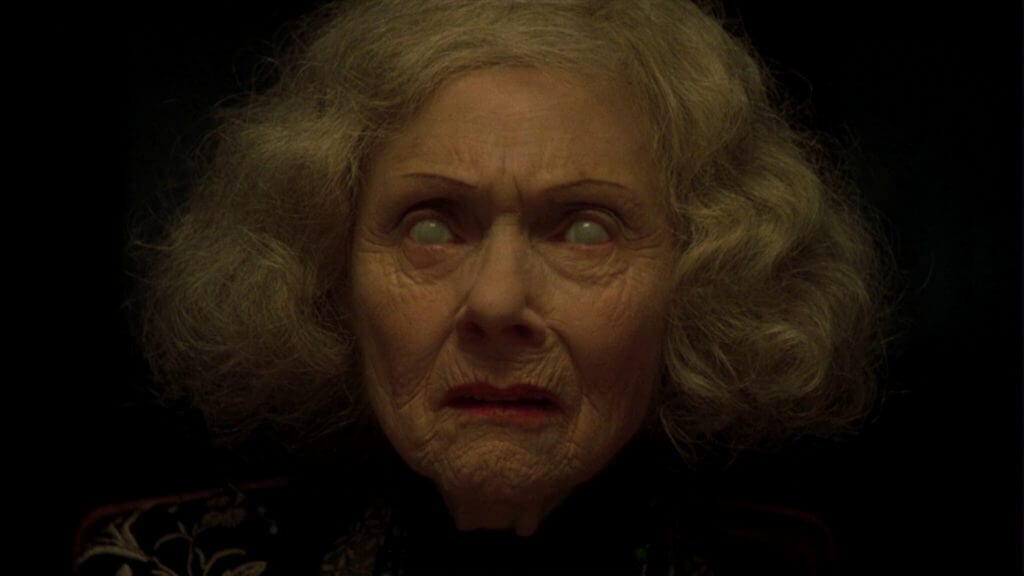 I’m usually not one for the horror genre, but I like slow, suspenseful stories like this. It feels more timeless than the usual jump scares and stupid decisions. The way this film builds this sense of unsettling tension and intrigue almost reminds me of the older noir films rather than your typical scary movie. While I saw The Others entirely incidentally, I think it fits perfectly with the Halloween season, and that would be the best time to watch it. The Others is creepy, sorrowful and beautiful. It’s an experience of the macabre and melancholy and a story about a troubled family trying to keep it together without their father. It’s also one of the most surprising movies I’ve seen, and if you do watch it, I’d recommend watching it blind, without reading the plot synopsis or watching any trailers. The spooky visuals, intriguing story and a great performance from Nicole Kidman are why you should be watching The Others.

I first saw it on a family member’s DVD, but The Others is available on Netflix and Comcast on demand. It’s also available on Amazon Prime, but not for free. It’s a dramatic, slow, dialogue-driven movie, so while I wouldn’t necessarily recommend it for families, it’s a great movie to watch late at night with the lights off, especially around September and October.