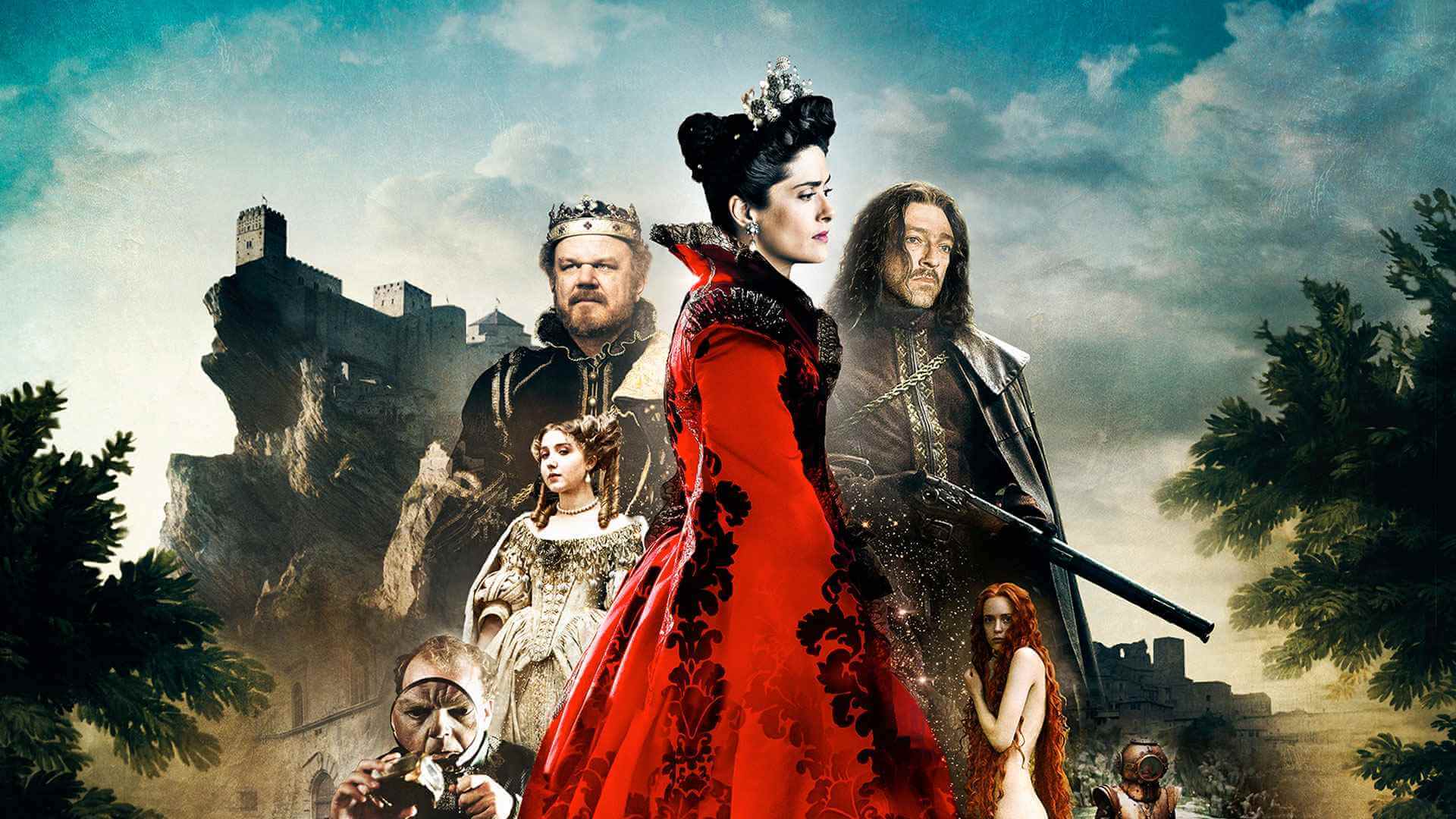 Welcome back to You Should Be Watching, where I recommend lesser known or loved movies and TV series. This week I’ll be continuing my theme of horror, creature-features and anything suitable for Halloween. For this installment we’re slaying sea monsters with John C. Reilly in Tale of Tales, a gruesome and beautiful anthology of the fairy tales of Italian poet Giambattasta Basile.

The film begins when the Queen of Longtrellis sees a pregnant actress and it reduces her to a pool of tears. The King tries to console her, but she’s stricken with grief at not being able to conceive a child. The King and Queen soon learn that there is a way to get her pregnant, but it comes at great cost. Meanwhile, the lecherous King of Strongcliff hears a beautiful voice singing; its owner is an old woman, but not knowing that, he decides to pursue her. The King of Highhills has an eager young daughter with a head full of romance, and things get weird when he encounters a magical flea. Their stories intersect as the Queen of Longtrellis’ son rebelliously befriends a pauper boy, the old woman tricks the King of Strongcliff, and the Princess of Highhills gets what she wished for… and may regret it. 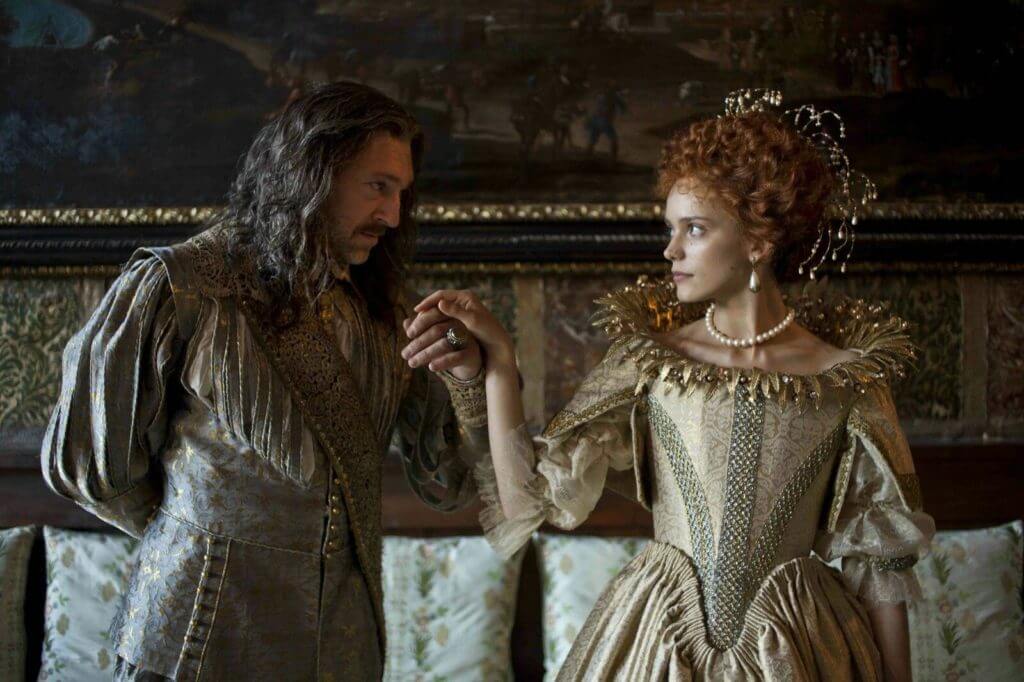 Tale of Tales features a terrific, dynamic international cast. Salma Hayek portrays the Queen of Longtrellis and while her role isn’t a likable one, she kills it in every aspect. This isn’t a character you sympathize with or root for, but her pain and determination are palpable. Throughout the film she becomes increasingly despicable and formidable, starting out a tragic figure who just wants to make a family, and ending up something else entirely. John C. Reilly has a surprisingly small role in the film, but he’s great as always and serves as a calm, restrained foil to his wife’s hysteria. Vincent Cassell serves as the licentious King of Strongcliff, another character that’s less than lovable; we first see him lusting after a group of drunken harlots, and he proceeds to slobber over every female he encounters.  Cassell plays the part well, and I genuinely almost feel sorry for him throughout the deception of the old woman and her sister. Toby Jones plays the King of Highhills and he’s possibly the most sympathetic of the three lead monarchs, though that’s not saying a lot. Even so, he shows more love and concern for his flea than for his biological daughter, neglecting her and ultimately outsmarting himself and trading her away to anyone who can guess the origin of the flea’s hide. Christian and Jonah Lees play the Prince of Longtrellis and his friend. They do reasonably well, but their appearance is the most notable thing about their characters. Bebe Cave plays Violet, Princess of Highhills. She’s really good and displays a wide variety of emotions throughout the story.

I would recommend seeing Tale of Tales without reading any more about it, because this film is absolutely insane. Maybe it’s just due to it being an adaptation of fairy tales I wasn’t familiar with going in, but I was shocked by every twist and turn throughout the movie. The setups themselves feel alien, and the resolutions are even crazier. As I mentioned, several of the main characters aren’t all that likable. The woman who tricks the King of Strongcliff is just as unsavory as he is, and at one point in the story gets exactly what she wants, and it’s frustrating. I thought the plotline with Violet was going one way, but they go hard in the opposite direction. When you see the movie, you’ll know what I’m talking about. Suffice it to say, I watched the whole film with my jaw on the floor the first time. 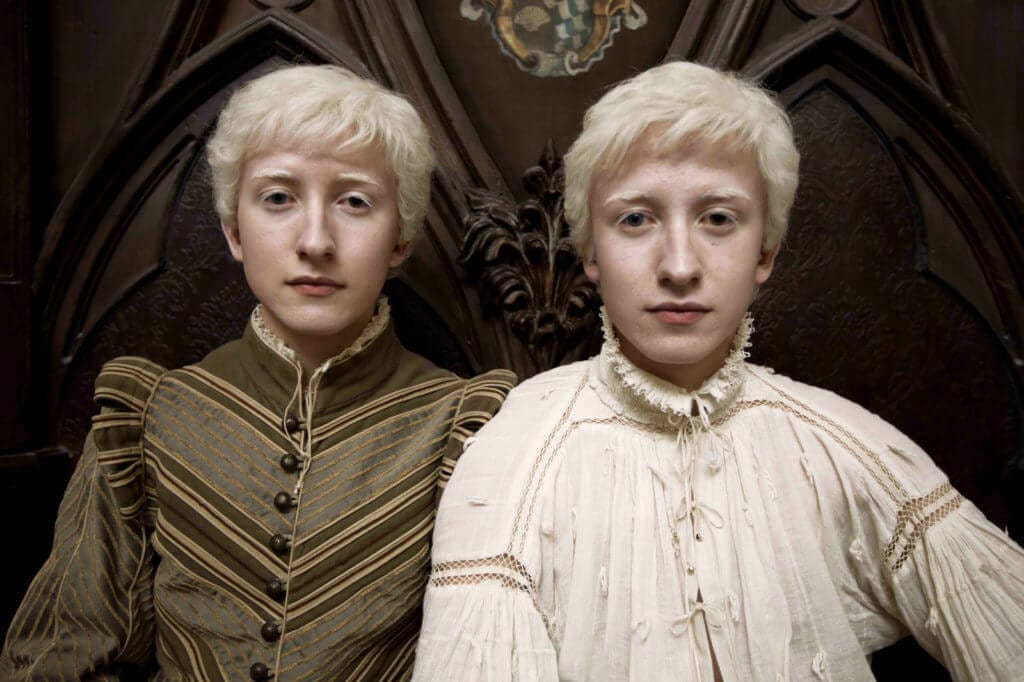 The stories in Tale of Tales share themes of terror, deceit, and familial betrayal. The tone varies from scary to dramatic to mysterious and everything in between. The costumes in this film are incredible, and everyone from the royals to peasants on the streets looks fantastic. The makeup and effects are also amazing, and everything looks real. The creatures in the film are stunning; it feels like you could reach out and touch them. The film is gorgeously shot, with sweeping images of the mountains and brilliantly framed close-ups and shots of the castles. The color palette is also diverse and eye-catching. The musical score is provided by Alexandre Desplat, whose work you may recognize from Isle of Dogs, The Queen, The King’s Speech, Harry Potter and the Deathly Hallows Parts 1 and 2 and more. In short, the man’s a genius. His work shines here, creating terror at times and excitement at others.

Tale of Tales is a strange film with a strange plot, strange characters, and strange presentation. It’s different from the sort of thing I’d usually recommend, in that I typically like movies with relatable characters and touching relationships. However, Tale of Tales offers plenty of pathos, and while you don’t always sympathize with the characters and their actions, you can empathize with what they’re feeling. There’s also action, horror, excitement and the occasional bit of catharsis here. It’s best to go in blind and experience the film as a series of sights, sounds and emotions. 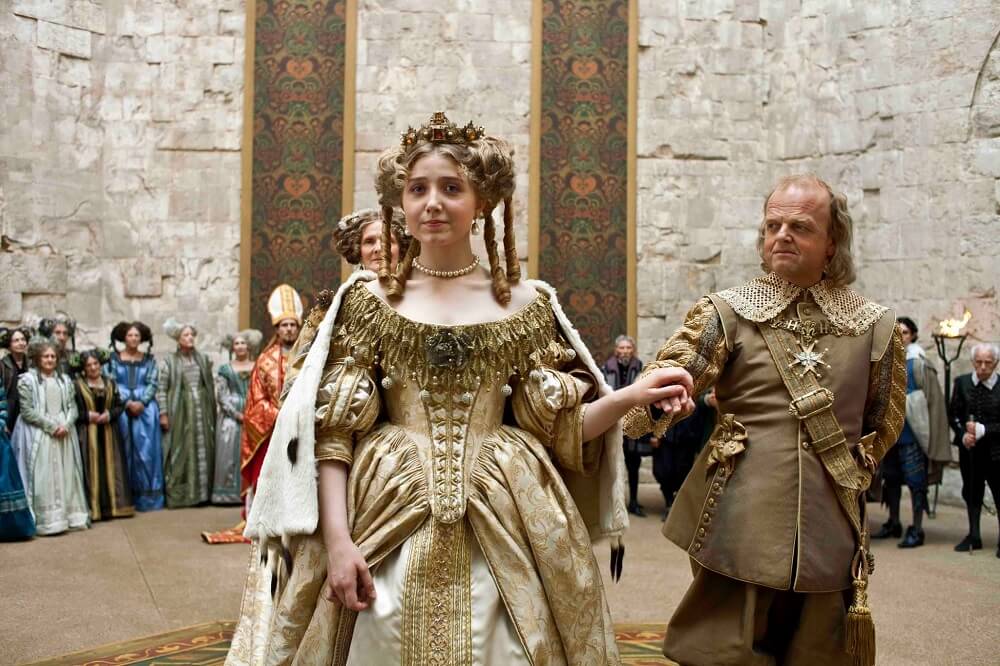 Overall, Tale of Tales is a thrill ride with a little bit of everything you wouldn’t expect. I’m not surprised it’s an international production because it feels very foreign, and I think that works to its benefit. Although it’s a collection of Italian fairy tales adapted, it also works as an exploration of fear, beauty, and what it means to be a family. The characters aren’t all likable but they’re interesting and understandable. The visuals, costumes and music are gorgeous beyond description. I’m not kidding; this is a movie you need to see to believe. I think you’ll be surprised and awe-stricken by several aspects, as I was. A fantastic cast, a sensory experience unlike anything else and some good, old-fashioned fun are why you should be watching Tale of Tales.

I first watched Tale of Tales on a whim on Xfinity on demand. It’s also available on Netflix.